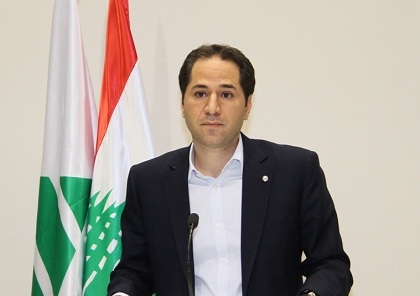 Saudi Foreign Minister Prince Saud al-Faisal urged Christians in Lebanon to reach consensus and end their sharp differences to resolve the presidential deadlock and rectify the work of the state institutions.

According to An Nahar newspaper, al-Faisal made his statement during a meeting with Kataeb party MP Sami Gemayel, who traveled on Sunday night to Jeddah upon an invitation by the Saudi FM.

Al-Faisal also called on the Lebanese to agree on any compromise candidate to reach the Baabda Palace.

The two officials also discussed the kingdom's principles and point of view regarding the developments in the region and Lebanon.

The country has been without a president since the term of Michel Suleiman ended in May as the rival parties have failed so far to agree on a compromise candidate, which is threatening to thwart the upcoming parliamentary elections.

I also do not want an extension of this parliament which contains too many corrupt people (including FPM)
BUT, if no extension AND no elections then we reach the dismantling of the most important Lebanese Institution. The caporal is working towards this objective to obey to his MASTERS....he is the traitor executing the dirty job....the outcomes will be detrimental to the Christians.

Sami is the one that should become president. He is competent, honest and patriot.

How dare this wahhabi meddle in presidential elections.. unless he's meddling to help elect general michel aoun, then he can meddle all he wants.

Sami would be the best president Lebanon has ever had. Aoun is too soft for ISIS.

The caporal is a bobi to syria and iran...you are certainly happy with that.
Myself I would never accept the Islamic Republic you are working for.

So you accept an Islamic Republic in Lebanon !!!!