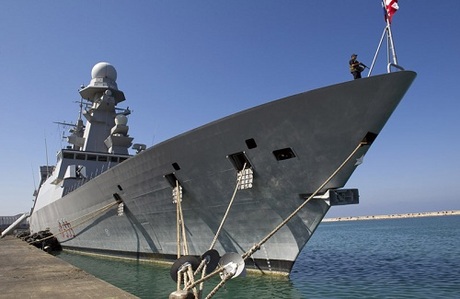 Lebanese businessman George Obaji's body was found in Cypriot territorial waters after his plane crashed en route to Beirut, his family and authorities said on Thursday.

The chief of Cyprus' aircraft accidents board said earlier that search crews found wreckage belonging to the small aircraft that vanished on Wednesday.

Yiannakis Loizou told The Associated Press that a German warship from the United Nations Interim Force in Lebanon will ferry the wreckage to Cyprus for investigators to begin their probe.

Interior Minister Nouhad Mashnouq said Wednesday that he contacted UNIFIL head of mission and force commander Major-General Luciano Portolano and announced later that the forces were able to locate the debris of the plane.

Portolano said in a press release that “this is a tragic incident and our UNIFIL Maritime Task Force peacekeepers are doing their utmost to provide the necessary assistance through our joint efforts with the Lebanese Armed Forces –Navy.”

The twin-engine Diamond DA42 plane had taken off from an airport near the town of Paphos, on Cyprus' western coast.

Information obtained by LBCI said that the pilot, a Cypriot, contacted the airport in Cyprus at 7:02 pm Wednesday to report a technical problem before it disappeared from the radar two minutes later.

Cypriot authorities said the plane disappeared around 80 kilometers southeast of the coastal town of Larnaca.

Only the pilot and Obaji were on board. They were reportedly on a training flight.

The body of the pilot was recovered too on Thursday. The men will be officially identified through DNA sampling once they reach shore, authorities said.

may he rest in peace