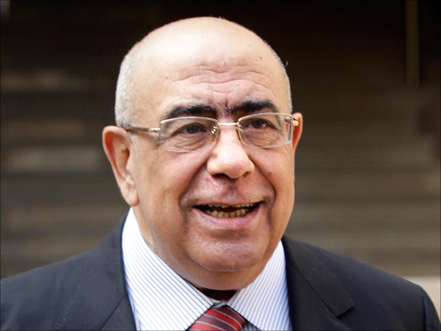 A son of Tourism Minister Michel Pharaon on Friday filed a slander lawsuit against MP Nicolas Fattoush after the latter revealed in a news conference that he had submitted an “adultery” suit against the minister.

Meanwhile, LBCI television said “the Beirut Bar Association has removed the name of MP Nicolas Fattoush from its list of lawyers,” after the lawmaker lashed out at the head of the association George Jreij during the same televised speech.

Al-Jadeed TV for its part said Pierre Michel Pharaon filed a slander lawsuit against Fattoush before the public prosecution over the MP's remarks against his father.

The multi-party, high-profile controversy had started on Monday, when Fattoush reportedly punched Justice Palace employee Manal Daou and claimed that she disrespected him as he was trying to submit an “adultery” complaint on behalf of Pharaon's wife.

But Fattoush on Thursday denied that he had assaulted Daou and revealed that he was seeking to file a lawsuit against “Minister Michel Pharaon and Ms. Frida al-Rayyes on charges of adultery.”

During the same press conference, the lawmaker, who is also a lawyer, underlined that “the head of the bar association is in charge of lawyers, not employees.”

“He should have contacted me to know the truth,” Fattoush said, calling on Jreij to “respect posts and titles.”

Earlier on Friday, the council of the bar association discussed “the violations voiced by the lawyer Nicolas Fattoush during his TV appearance,” stressing that the MP “should have resorted to the bar association chief to report what happened with him at the Justice Palace in order to take the necessary measures in this regard.”

It also considered that Fattoush “violated the law regulating the profession, the bar association's by-laws and the profession's ethics.”

The alleged assault on Daou had stirred a storm on social networking websites, where activists and citizens have vented their anger at Fattoush and expressed solidarity with the employee.

But Fattoush denied on Thursday that he assaulted Daou, saying the accusations against him were aimed at targeting his “political stances, which seek to salvage” the country, mainly his submission of a draft-law on the extension of parliament's term.

Fattoush submitted in August the draft-law calling for an extension of two years and seven months.

Lah ya ikhté! Why should Lebanese restaurants - who are already overwhelmed by a near-non-existent tourism industry - and all healthy eaters have to suffer because of somebody who has the last name and none of the health benefits as the dish? Can you imagine what an analogy to that would mean for every guy who has ever disliked George W. Bush?

maxx very funny. noone understood your joke though.

Allouch, Fattouch.....more to follow.
Turn for zahle to dismiss him

Ok ok what do you think...to Honor The lady that was insulted by Fattouch we rename the dish to "The Daou Freedom Salad"!