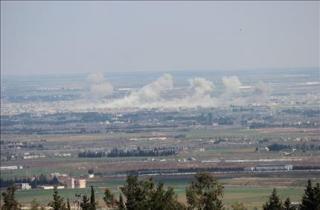 A number of rockets were fired on Monday from the Eastern Mountain Range, reported the National News Agency.

It said that three rockets landed on the outskirts of the Bekaa city of al-Hermel.

No one was injured in the attack and only material damage was reported.

MTV meanwhile said that two rockets fell in the al-Mrah area in the outskirts of Hermel after being fired by armed groups operating in the Eastern Mountain Range.

Syria-based rebel groups usually claim responsibility for such attacks, arguing that they come in retaliation to Hizbullah's military intervention in Syria.

you really lost it flamethrower!

Mods, this Phoenix1 is an impostor. I am posting to show people the difference.