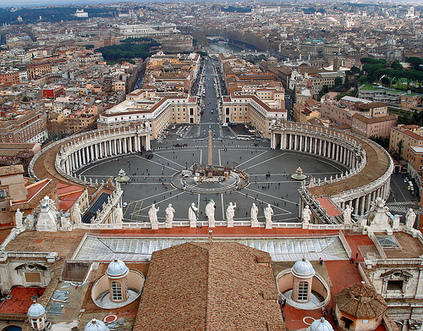 The Vatican will dispatch a delegation to Beirut on a three-day visit, An Nahar newspaper reported on Tuesday.

The newspaper reported that the delegation will arrive in Lebanon on Thursday and will contact senior Lebanese officials.

However, the daily said that the delegation “will not necessary” discuss the political crises gripping Lebanon since the end of former President Michel Suleiman's tenure in May.

The Vatican has continuously urged Maronite leaders to end the political rift and agree on a consensual candidate to fill the vacant position at the helm of the country's most important Christian post.

The ongoing dispute between the rival March 8 and 14 alliances over a consensual president has prolonged the vacuum.

The political arch-foes have failed so far to agree on a compromise candidate, which is expected to see the extension of the parliament's tenure on Wednesday.

Any Christian following a traitor, is a traitor.