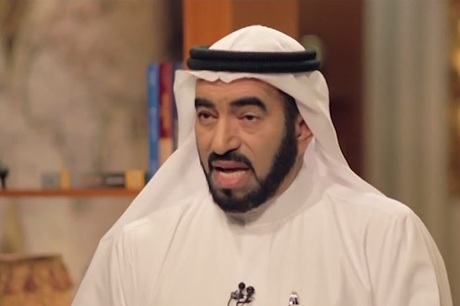 Belgium on Tuesday banned a Kuwaiti Muslim preacher from attending an event in Brussels, accusing him of making anti-Semitic remarks and being a threat to public order.

Tareq Al-Suwaidan, described as a leader of the Muslim Brotherhood in the Gulf state, was due to speak at the Brussels Muslim Fair this weekend.

But Belgian Interior Minister Jan Jambon ordered officials to "take the necessary steps to forbid Tareq Al-Suwaidan access to the area or to stay in it", his office said in a statement.

"It was the only decision possible," Jambon and Prime Minister Charles Michel said in the statement.

"This preacher has unacceptable anti-Semitic beliefs and his presence here is a threat to public order."

The ban relates to comments allegedly made by Al-Suwaidan in July during the devastating 50-day war on Gaza militants, which claimed 2,140 Palestinian lives and 73 on the Israeli side, most of them from the army.

On his Facebook page, which has six million "likes", the preacher urged Muslim mothers to "suckle their babies on the hatred of the Sons of Zion", Belgian media reports said.

Reacting to the Belgian ban, he said on his Facebook page Tuesday: "Under pressure from the Zionist lobby, the Belgian government has decided to block my access to its territory (even though I have a valid visa)."

The event he was meant to speak at draws thousands of people.

"In the current explosive context, with issues around jihadists in Syria and Iraq and a few months after the attack on the Jewish museum, Belgium has to be extremely vigilant," its president Joel Rubinfeld said.

Four people were killed in a gun attack at the Brussels Jewish Museum in May. Frenchman Mehdi Nemmouche is awaiting trial for the attack.