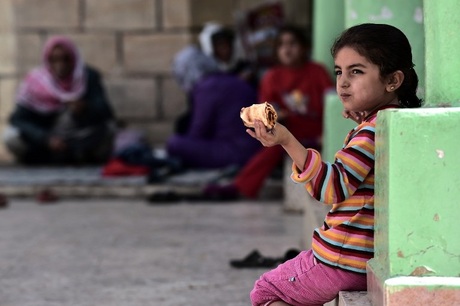 The international humanitarian community is seeking to establish a new program to aid Lebanon, which is hosting Syrian and Palestinian refugees, to share the burden of the displaced.

“The program will allocate 2.16 billion dollars to aid 2.2 million people, half of them Lebanese, and the remaining are Syrians and Palestinians,” Derbas added.

Lebanon currently hosts 1.5 million Syrian refugees, including Palestinians from Syria, the highest number at 38 percent of Syrian refugees fleeing the war-torn country for other countries in the region.

The Lebanese government said in October it would ask the U.N. to stop registering refugees who enter the country from war-torn Syria, formalizing a decision to all but close its borders to them.

The refugees crisis in Lebanon is an enormous strain for a country with a population of just four million.

The influx has tested overstretched infrastructure and created fresh tensions.

Lebanon and Lebanese will suffer from all this.