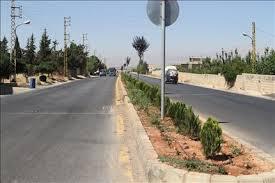 A gunshot from an unknown source left a seven-year-old child dead in the Baalbek district town of Maqneh on Saturday.

“The child Ali Suheil al-Meqdad was playing on the roof of a building in the town when he was hit by a gunshot to the head,” state-run National News Agency reported.

The toddler was immediately rushed to the Dar al-Hikma Hospital in Baalbek where he succumbed to his wounds, NNA added.

(Photo courtesy of As Safir newspaper)