'Vape' is Word of the Year for Oxford Dictionaries 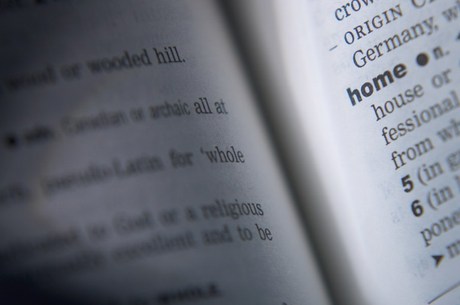 Oxford Dictionaries picked "vape" -- the act of smoking an e-cigarette -- as their new word of the year on Tuesday, with the affectionate "bae" and the more pragmatic "contactless" as runners-up.

"The language usage of the word vape and related terms in 2014 has shown a marked increase" due to celebrities "vaping" and "growing public debate on the public dangers and the need for regulation", she said.

The word, which was first used in the 1980s, can be employed as a verb to mean inhaling and exhaling the vapour produced by electronic cigarettes but also as a noun to refer to the devices themselves.

It was added on OxfordDictionaries.com in August and is being considered for inclusion in the official reference Oxford English Dictionary.

E-cigarettes only began to be produced around a decade ago but the first use of the word is believed to be a 1983 magazine article by Rob Stepney which imagined the use of inhalers instead of cigarettes.

"The new habit, if it catches on, would be known as vaping," it said.

Oxford Dictionaries said the word only began to appear regularly in mainstream sources around 2009.

"Contactless" also made it on the list because of the growing use of cards with special chips to make payments in retail outlets and on public transport.

The Oxford Dictionaries editors defined "bae", which is used by hip hop artists and R'n'B stars, as "a term of endearment for one's romantic partner".

The word is seen as a shortened form of "babe".

The list also had "normcore", defined as "a trend in which ordinary, unfashionable clothing is worn as a deliberate fashion statement", and "slacktivism" -- "actions performed via the Internet in support of a political or social cause but regarded as requiring little time or involvement".

They must be bored to death.

Icey manages to politicize a vape article...what more needs to be said about M14ers?