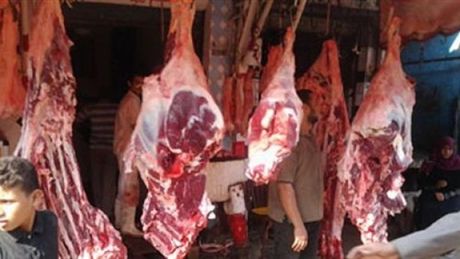 The slaughterhouse in the northern city of Tripoli was temporarily closed on Thursday for failing to meet health standards regarding the way animals are killed and how the facility is maintained.

“The slaughterhouse was closed to preserve the safety of the citizens,” said a statement issued by Tripoli governor Ramzi Nohra.

“It will remain closed until necessary renovations are made at the facility," it added while referring to a report conducted by the northern health authority.

The authority had devised the report after touring the slaughterhouse on Wednesday where it recorded a number of violations.

They include placing slaughtered animals on the floor, instead of hanging them on hooks.

A veterinarian and health supervisor must be present during the slaughter operation, it proposed.

Trucks equipped with freezers to transport meat should be provided, it said.

The report also suggested that a proper sewage system be introduced at the facility, while its ground and walls should be tiled.

The workers should be made to dress in uniforms and they should cut their nails.

The hooks at the slaughterhouse should be changed, proper ventilation and lights should be installed, and the facility's cleanliness should be preserved on a daily basis, while the waste produced during the slaughter should be disposed in a modern, practical, and healthy manner.

The waste should be deposited in barrels and properly covered, instead of being dumped on the ground, continued the report.

Beirut Governor Ziad Chebib has decided to renovate the capital's slaughterhouse in Karantina and impose strict health measures on workers.

Beirut's slaughterhouse is well-known for having “disastrous” hygiene conditions.

slaughterhouses and wholesalers of meat and poultry and farms of meat and poltry should have been inspected before the detailers (resto, hotels , supermarkets ,..)cause we must start with the source to eradicate a health problem
god bless democracy

Surprise, surprise...how about the ones in Dahieh? I wanna hear about their "high standards."

Way to redirect, my point is ALL areas need to be checked. Of course I'm happy that there's less contaminated places, kid.

i am just wondering about this campaign for food safety, why now? what is behind it? not that it is a bad thing but all of a sudden the gvt discovers the non application of laws? the anarchy in the food distribution?
is it just a publicity stunt or a honest campaign? will the gvt provide inspectors that regularly control and prosecute or they will forget all about it tomorrow as it always happen?