Up to 300 Swedes Fighting with Islamic State 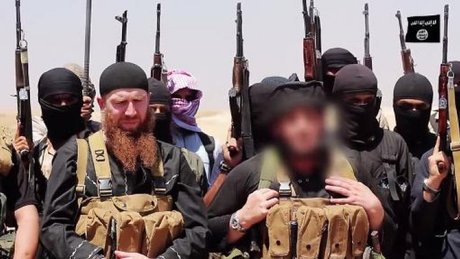 As many as 300 Swedes could have joined the Islamic State insurgency, whose brutal tactics in Iraq and Syria have shocked the world, Sweden's intelligence chief said Saturday.

"A hundred cases of people who have left to join the fighting have been confirmed, then there are the presumed cases..., and then there are those that have not been counted, which brings the total to between 250 and 300," said the head of the intelligence services, Anders Thornberg, on SR public radio.

Thornberg said the flow of youths leaving to become jihadists in Syria was rapidly rising.

"A certain number of young Swedish men are leaving and training in camps, learning to become terrorists to use explosives and weapons," he said.

"They're going beyond the limits of human behavior," he said. "They're fighting and killing other people."

On their return to Sweden, some are seen as ready to commit terrorist acts at home and have been placed under strict surveillance, the intelligence official added.

Sweden announced late October that it would pass a law banning citizens from taking part in foreign armed conflicts. The previous month, the EU coordinator for anti-terrorism, Gilles de Kerchove, estimated that 3,000 Europeans have joined the ultra-hardline Islamic State group, which has caused global revulsion with its regular videotaped beheadings of hostages.

Hey Frankie what happened to southern?

It is all caused by the influence of the wahabi sect & its oils revenus, wich has succeded in highjacking the moslem religion since the Quinci Pact (USA & KSA) at the beginning of this century
It is time to free The Sunni islam, by the sunni themselves & only themselves from the Wahabi Sect