Officials Advise Authorities to Follow in Hizbullah Footsteps over Captives 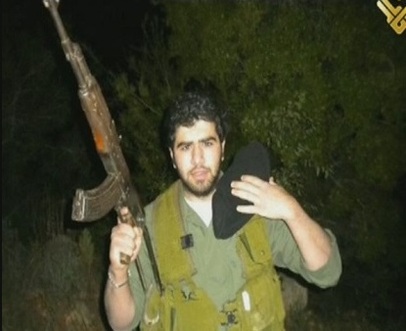 The indirect negotiations between Hizbullah and Syrian fighters that led to the release of a party member should be a motive for the Lebanese state to arrest jihadists and use them in a prisoners swap, officials said Thursday.

The pro-Hizbullah officials told As Safir newspaper that militants from the Islamic State group, al-Qaida-linked al-Nusra Front and the Free Syrian Army should not be referred to trial.

Such rebels and jihadists should be used as a bargaining chip to release Lebanese captives, the sources said.

The remarks came after the March 14 alliance's General Secretariat and several officials from the camp condemned Hizbullah's negotiations that ensured the release of Imad Ayyad on Tuesday.

Ayyad had been taken captive by Syrian rebels in the mountains of the Qalamun region near Lebanon's border.

He was released in exchange for two gunmen who were in Hizbullah custody.

The March 14 coalition slammed Hizbullah on Wednesday, saying its “deal is another sign that it undermines the role of the state.”

“The party resorts to the state when it cannot achieve a goal and chooses to disregard it when it believes it can obtain its aims on its own,” it added.

They also called on the Lebanese authorities to negotiate with the jihadists, who kidnapped Lebanese soldiers and policemen in August, similar to what the party did.

The servicemen were taken captive by the IS and al-Nusra Front, when the militants overran the northeastern border town of Arsal and engaged in deadly gunbattles with Lebanese troops.

Their kidnapping and the captivity of Ayyad took place in different circumstances, said Fneish.

Looooooool so this whole time everyone objected to the idea of prisoner swaps with jihadists, but now that Hezbollah did it, the government should follow the example they've set. Total hypocrisy...

Lmaooooooooo okay as long as it happens inside Syria and not Lebanon then it's okay what a farce...

Good plan, instead of screaming like the M14, go catch some takfiris. An old saying - Walk the walk, do not talk the talk M14. Action speaks louder than words.

@Mystic
Do you know why I was repeatedly banned and rejected?>>>>

Mystic hizaj said no to negotiations then yes to negotiation but no to prisoners swap. It may be worth your while to have an intellectual honesty and admit the contradictions of your terrorist militia.

M14 and the Qatari negotiator were willing to offer Al Nusra and ISIL dozens of high profile Roumieh takfiri prisoners. That is a a position of weakness, let the army conduct operations and capture new takfiris alive for exchange.

slash an immigrant like yourself, knows nothing about what is going on. You lived in the U.S for too long, like the rest of the rich. Your kind can always flee to western countries, the rest of us do self defense, against the takfiri expansion, those going to Syria to fight it, are also doing it for such purposes.

then southern why does M8 struggle so hard to make expatriâtes vote? they are not lebanese according to your standards as born outside lebanon....

Well if we were going to list all you LF kids, holding M16 rifles on photos as soldiers. Then we could have a real laugh. Having guns for self defense is another matter. Even for an engineer

He was captured in Lebanon, American kid.

Mystic, the point is that last week, swapping with takfiris wasn't an option even among M8 politicians. But now that Hezbollah did it to free one fighter you're saying it's a great idea and the government should do the same.

what is funny with those paid hezbi lovers here is that they keep barking that FSA or nusra are the same takfiris, same terrorists.... but hezbollah claimed they negociated with FSA not the islamists, clearly making a difference between FSA and alnusra.... LOL

when we say that FSA should be supported in their fight against the terrorist state of assad's syria they just label us as takfiris... let s see if they ll change their rhetoric now that hezbollah make the difference between the two LOL

peace...i agree with you. They can't distinguish the 'two organisations' when it is in its favor to do so and otherwise claiming they are the 'same organisation'. We need more explanations in this regard !!!

Is someone still claiming Ayyad wasn't a Hezbollah fighter? Really? How deeply rooted is illiteracy in that bee2a?

Mystic you wrote and I quote, :

"You amuse me slash, with your american brat attitude. I am not a person to be angry on the Internet. Not all of us are born rich, such as you have. You got dollars shoved up your rectum all your life, some of us have to work for a living you know. Naharnet is a hobby, due to the many occassions I get to annoy American born brats such as you".

Then again you wrote this and I quote:

"Well if we were going to list all you LF kids, holding M16 rifles on photos as soldiers. Then we could have a real laugh. Having guns for self defense is another matter. Even for an engineer". UNQUOTE.

I believe that you are showing your true colors now, and I've this to say, the day you want, try to raid an LF neighborhood, then let's see where your bravado will take you. You try.

Well phoenix, it is you who want to get rid of Hezbollah. It's your LF move then, try it like your M14 did in 2008. Even better, SSNP can take you guys alone if they have to.

Since you LF boys are only, good at fighting unarmed women and children. An actual fighting enemy would make you flee to the west.

The sad reality: Iranian blood is more valued than Lebanese blood, that's what has become of Lebanon.