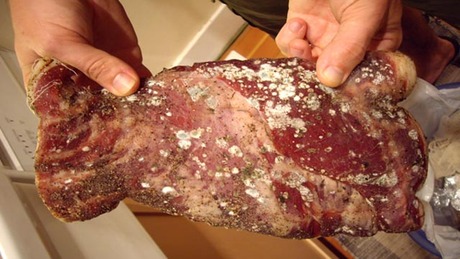 A technical coordination committee was formed on Thursday to follow up the recent food scandal, which saw the closure of restaurants, slaughterhouses and other institutions since Health Minister Wael Abou Faour launched his campaign against violators earlier this month.

The ministerial committee on food safety met under Prime Minister Tammam Salam at the Grand Serail.

Economy Minister Alain Hakim said following the meeting that the concerned ministers formed a technical committee to coordinate with the involved ministers the needed measures to preserve food safety and to protect consumers.

Hakim added that the labneh factories, which were closed earlier this week for violating standards, were referred to the judiciary for prosecution.

On Wednesday, Abou Faour named a new list of restaurants, slaughterhouses, supermarkets and butchers, but said some establishments that had committed violations have since exerted efforts to meet health standards.

Abou Faour has ordered many restaurants, slaughterhouses and companies that sell food either permanently or temporarily closed for violating food and water safety standards.

The prosecutor's office has already launched court proceedings against dozens of violators.

Justice Minister Ashraf Rifi said following the meeting at the Grand Serail on Thursday that the consumer protection law allows rulings to be published.

“I will urge judges to publish them so the other violators learn a lesson,” he told reporters.

Steak ala Paris is supposed to look like that.

When you let garbage enter Lebanon, they bring garbage with them. Case in point.