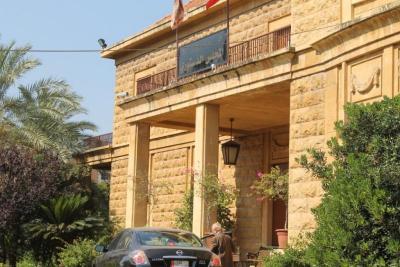 A member of the Constitutional Council described the decision to reject the Free Patriotic Movement's appeal against the extension of parliament's term as “legal, constitutional and national.”

“The term of the parliament ended and the cabinet is not capable of staging the polls,” the member, who spoke on condition of anonymity, told An Nahar newspaper published on Sunday.

He considered that the government of Prime Minister Tammam Salam can not take a unanimous decision unless all of the minister agree, “which mean the country will enter a parliamentary vacuum similar to the presidency.”

“Any wrong endeavor would be unconstitutional and hit the state and its foundations.”

The cabinet assumed the executive tasks of the president at the end of President Michel Suleiman's tenure in May as stated by the constitution until a new head of state is elected.

On Saturday, Foreign Minister Jebran Bassil, who is affiliated to the FPM, criticized the Constitutional Council's decision, describing the extension as a “sad day in the history of Lebanon.”

The Constitutional Council rejected on Friday a challenge filed by the FPM against the extension of parliament's term.

It said that the rejection was aimed at avoiding prolonging vacuum at constitutional institutions.

The council remarked that the extension violates the constitution, “but the extraordinary circumstances Lebanon is passing through forced the council to reject the appeal.”

The parliament extended its term earlier this month until June 2017 despite the boycott of the FPM and Kataeb MPs.

Two others voted against the law but 95 lawmakers extended their own terms for the second time, giving them a full eight years in power— double their allowed mandate.

Foreign Minister Jebran Bassil, who is affiliated to the FPM, criticized the Constitutional Council's decision, describing the extension as a “sad day in the history of Lebanon.”

The day you became a minister was the saddest day in the history of Lebanon.

Lmaoooooo man I was just about to say that 3anjad dude

So right. Thank you for telling every one about this gangster.

--whereas boycotting the presidency is right... When will the day come when he just doesn't wake up?

So the Constitutional Council member is discussing it with the media?

really??? Now we understand how they behave & make decisions.