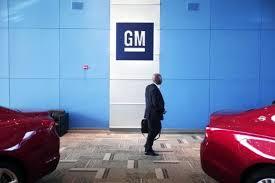 U.S. car manufacturers remain barred from doing business in Iran even though European automakers are eying huge deals as sanctions are eased against the Islamic republic, a U.S. official said Tuesday.

France's PSA Peugeot-Citroen was in "intense" talks about resuming production in Iran, halted since March 2012, a company representative said in Tehran on Monday at the start of the Iran Auto Show.

"We are aware of this auto show," a State Department official told Agence France-Presse.

"As we have said previously, we do not consider Iran open for business, though our sanctions on foreign companies doing business with Iran's auto sector are suspended," he said, following an interim deal with Tehran on reining in its suspect nuclear program.

The official stressed, however, that even though with the easing of sanctions earlier this year foreign auto makers could seek fresh deals in Iran, "the majority of U.S. sanctions remain in place, including the provision of most goods and services by U.S. companies to Iran."

"U.S. companies are not permitted to engage in trade with Iran in the auto sector as a result," he warned.

"Put simply, U.S. companies cannot do business in Iran at this time, including in or with Iran's automotive sector."

Total Iran car production was 1.6 million in 2011, but it had halved two years later.

U.S. sanctions on the auto industry in 2013 were the main cause, on top of American and European bans on Iranian bank transactions abroad.