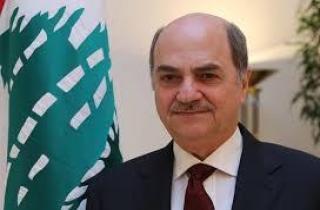 The cabinet is likely to reach a settlement over the opening tenders of marine oil blocks to foreign companies, as Energy Minister Arthur Nazarian linked the adoption of petroleum decrees to resolving this dispute, reported As Safir newspaper on Tuesday.

“Implementing the decree should be the government's top priority,” he told the daily.

“Opening the blocks will not be a source of dispute if the decrees are adopted,” he added.

Speaker Nabih Berri had stated on Monday that the dispute over the blocks was resolved.

He had held a meeting with Nazarian and the parliamentary energy committee, headed by MP Mohammed Qabbani.

Nazarian added to As Safir: “Priority should be given to opening southern blocks because they are vulnerable to Israel.”

“Presenting all blocks, except the two southern ones, to foreign companies will be explained as an abandonment of the two blocks,” he explained.

“Ultimately however, the decision to open the blocks is up to the cabinet and companies will choose which blocks should be explored first,” the minister stated.

Lebanon is seeking to renew the interest of international companies in offshore oil exploration despite the stalling of the government in issuing licensing and amid reports that Israel was “stealing” Lebanese gas.

Local dailies said on Monday that the parliament's energy committee recently discovered that the interest of oil exploration companies has dropped to a large extent after they realized the Lebanese government was slow in adopting two important bills.

Sources monitoring the situation told As Safir Tuesday that a number of diplomats at foreign embassies in Beirut met with Lebanese officials who are following up on the oil file.

They stressed to them that their countries are still interested in investing in Lebanon's offshore oil and gas wealth, meaning that Lebanon should exert some effort and demonstrate some seriousness in tackling this issue, reported the daily.

Foreign companies will renew their investment in Lebanon's wealth once the cabinet issues the oil decrees, stressed the sources.

“Wasting time is no longer acceptable,” Berri had reportedly declared during Monday's meeting with Nazarian and the energy committee, said As Safir.

Sources from the talks revealed that the speaker may call parliament to session to discuss the oil file.

Qabbani told As Safir: “The world will not wait for us and we should therefore take action before it is too late and Lebanon loses is rights in the Exclusive Economic Zone.”

He revealed: “We will follow through with dialogue with all sides until we finalize this issue. We will hold talks with Prime Minister Tammam Salam on Friday to this end.”

Furthermore, he declared that energy committee will hold conferences on Arab and foreign countries that are interested in exploring Lebanon's resources.

“We will head to them and not wait for them to come to us,” Qabbani stressed.

Lebanon and Israel are at loggerheads over the 850 kilometers of territorial water that each claims as part of its Exclusive Economic Zone.

digging oïl will be the curse of Lebanon....