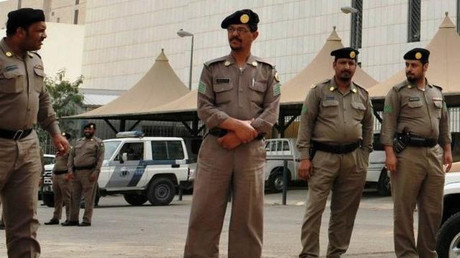 Two Saudis were beheaded on Tuesday for drug trafficking and murder, official media reported, bringing to 82 the number of executions this year.

The sentence against Abdulrahman bin Bakheit al-Lugmani was carried out in the western city of Mecca, the interior ministry said in a statement carried by the Saudi Press Agency.

He had been convicted of smuggling a large quantity of amphetamines, it said.

The second execution was in Eastern Province. Mehdi al-Mahmoud had been convicted of shooting dead another man following a dispute, the ministry said.

According to an Agence France Presse tally, 82 Saudis and foreigners have been beheaded in the kingdom this year, with more than two thirds of the executions carried out over the past four months.

There were 78 executions last year.

Saudi Arabia had the third-highest number of recorded executions in 2013, behind Iran and Iraq, said Amnesty International.

The rights watchdog did not have reliable data from China which implemented the most death penalty sentences.

Along with drug trafficking and murder, rape, apostasy and armed robbery are punishable by death under Saudi Arabia's strict version of Islamic sharia law.

isn't it amazing that the 3 countries that top the list for the most executions are Islamic?

So you keep the Shia majority in Lebanon in slavery, purely as a preventive measure.