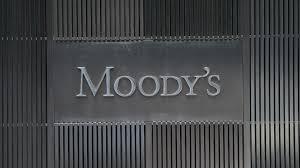 Moody's Investors Service downgraded on Tuesday Lebanon's government bond ratings to B2 from B1 and maintained the negative outlook.

The key drivers of the rating action according to Moody's are the rise in the main government debt metrics, the harmful repercussions of the spillover from the Syrian crisis on government finances, economic growth and political stability.

Moody's forecast is that current debt trends are likely to continue to deteriorate in the next two years. A combination of lower growth and ongoing political paralysis, exacerbated by the spillover effects of the Syrian crisis, which led to a large increase in the fiscal deficit, in turn raising the debt burden.

Lebanon has managed with a very high debt burden for many years, having reached 175% of GDP in 2006, but domestic political turmoil poses a challenge to fiscal consolidation, the report said.

It attributed the downgrade to the vacuum in the presidential post as well. The report stated: “The country has been without a President since May 2014 due to lack of agreement among the main political groups. While the presidency lacks significant formal powers the inability to reach a consensus candidate highlights the current institutional challenges. And on November 5th the Lebanese parliament voted to extend its term and moved the next legislative election to May 2017. The election was originally due to be held on May 2013.”

The report added that the negative outlook reflects expectations that economic growth has declined sharply and there is little sign of a return to potential in the near term, and that slower economic conditions will pose additional fiscal challenges, which are likely to impede a reversal of worsening debt metrics.

It is worth noting that downgrading Lebanon’s government bond ratings affects the rating of its banks as well.

"The key drivers of the rating action according to Moody's are the rise in the main government debt metrics, the harmful repercussions of the spillover from the Syrian crisis on government finances, economic growth and political stability."

... and the moral of the story is Aoun and HA are the direct cause of this alarming downgrade.

LOOOL yea keep supporting okab and his daddy hahariri who were sending milk and blankets and weapons and fighters to fuel the syrian crisis, and cry and whine and accuse hezbollah and aoun for keeping the syrian war out of lebanon. you guys are such a joke

whu-whu-what? dude, try to take the right pills next time you want to comment on something, this kind of incoherent rant wont cut it.

:)
Indeed i make no sence, hezbollah involvement in syria, irak, yemen..is pure logic.
Now really go hacve some chupachups, watch all manar and chant some lebayka ya nosrlollah...
U are supporting a group as retarded as da3ech with a senile fanatic old man (khomayini if u didnot get it) as leader and come play the smarty, retard...

Thanks to Ebola destroying the Institutions, the Economy, the stabilty, the security, the trust in our banks, the tourism, ....

Thanks also to all supporting a caporal traitor...

We can sit and whine and cry all day.

1. No matter what party you are affiliated to, it takes two to tango. In other words, all parties are responsible for the mess and not just one.

3. Lebanese citizens are still voting for the government that is literally demolishing Lebanon.

The bottom line is, Lebanese citizens are to be blamed for their situation. Because they have elected the very leaders that are destroying Lebanon.

1&2: agreed
but 3: we can't know that, they wont let us vote anymore! i bet it has something to do with the fact that they are worried they will lose a lot if we did.

mowaten, agree. They can simply extend their mandates as they like. After all, they inherited it.

Why the one that wants true ellction doesnot resign? Call for popular mobilistaion? Why don t they block all gov decisions till elections?
And we donnot still go vote for a president....it might be a good way to start the democratic process no?....

who is blocking the parliamentary elections? if this parliament can't elect a president, let's elect a new parliament that will.

Of course, so go ahead block all ministerial meeting (only ine of the minister can put his veto on every decision in our great democracy) let all the deputies resign, do something or stop ur propaganda...
As for the presidential election?....

@john, what you are trying to say is misleading an f incorrect.
It is not as you said "no matter what party.." no there is a militia party called hizEbola that dragging lebanon toward collapsing of the institutions and emptying the govwrnment with the help from Aoun. This means a lot to destroying the economy.
Lebanon is deteriorating because of the mikitia that doeos not care about Lebanon as long as the new hizEbola state is funded and supported by Iran will come after.
No voting will change the will of hizEbola to control as yiu can see by yourself, no army no parliament, no nothing because it is part of an ideology that their militia is based on and democracy will not work even if we get all the votes, the terror party are set to control this tiny country callled Lebanon and iy is almost their for them .. only the will nit to stir the international community at this time they will not take over... they pull. The strings from above until they deside it is time.

@NorSoMuchSense, iranuanAyatollah, is telling you whst say here? You persisn masters are not welcome in our countries, not welcome to take us and our economy hostages... Versus KSA of kheir and prosperity and help to you first when your hizbEbola lunched their wars . KSA, helps the legitimate Lebanese Republic, Thr Government of Lebanon, while. Your islamic Rep public helps its hizEbola and more terror parties to spread their sectarian ideology.

gee listen to yourself dude. what a pedantic rant, you must really be thinking you're giving us a life lesson with your stale propaganda.

gee listen to yourself dude. what a pedantic rant, you must really be thinking you're giving us a life lesson with your stale propaganda.

@MO-WATI-N, Looser keep supporting your terror freinds, good for you, Let Aoun, the der General, give his Wi se lessons in life also, your mom will be very happy her son is ED ucated ...

@ A loose nut claiming "thank.nsharnet" dear calm down, Iran provuded long range missiles beyond believe to a terror party that it always supported, Iran if it realky wanted to help it can give monry to third party country and let them aud the LEBABESE GIVERMENT only, execuse after excuse ...WHAT DO WE SEE? More sophisticated gear weapons appearing lately to your GhizEbola, Right? God bless the free oeople of Lebanon.

You don't seem yo read ya mr thanks. Iran blunt excuses yo support the lebanese government are a big lie and the reason is:
The islamic Republic og iran never did help the lebanese institutions before instead they supported only hizEbola and the terrir groups under its control. And if they have the real will to propose immidiate help they could have easily said to russia for example give them the same weapons we finance to syria and the weapons comming from russia no one can stop.
Second, the idiology constituted the unvonditional help to GhizEbola means no matter what they "try" to show or to offer help "36 million dolars worth approx" is nothing to compare with long range missiles sophisticatrd weaponry they are getting .... what they offred is a real peanut joke. Unless you can elaborate on the extensive list of donations that will never do anything evwn if it comes. The list is shy to arm a platoon and what it will do is a poon poon.

You are really stubborn. How can you call the bluff and accept arms from Iran, when there is a worldwide ban on Iran? Lebanon will immediately be accused by the UN of failing to respect the ban.
can you understand? Or do you need more explanations at homeapatic doses for you brainwashed mononeuron?

wahahahaha! so funny! thank you bunch of inefficient lebanese politicians!

@ THE BLIND and heartbkinded and "Thanks.Hizbo" what shipment? They have all the weapons they need and never stop comming but only to your sectarian GhizEbola sinince longtime. Iran, if they really wanted to help, as you claim, could have gave the money, for example, russia and did what they do to syria's armament. But since it is all stunt ...the did not do that, thy have no will to weaken their GhizEbola by supporting the Nayional for all Lebanese Army, that will protect all lebanese unlike the iranian militia terror group Hizbolah that you adore.

Thanks to Ebola destroying the Institutions, the Economy, the stabilty, the security, the trust in our banks, the tourism, ....

Thanks also to all supporting a caporal traitor...

Well, somebody is Moody today... However, that somebody forgot to emphasize that there is also an ever-increasing emigration from Lebanon, and by definition, the majority of those leaving are the ones who are able to afford it because they can generate sufficient income, while the influx of refugees that are replacing the money-makers are not allowed to work.
Not trying to assign blame, just adding to the report.