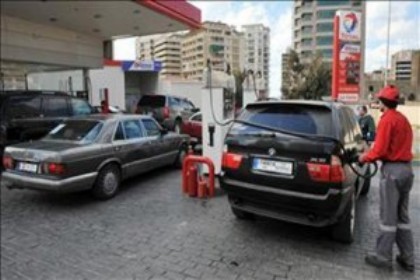 Fuel prices dropped anew in Lebanon on Wednesday a day after oil suffered another dizzying plunge, with Brent crude sliding to a five-year low under $59.

The weekly update of fuel prices witnessed yet another LL1,100 drop on gasoline prices, while the diesel prices decreased by LL1,000.

Former Finance Minister Jihad Azour told Voice of Lebanon (93.3) that it is hard to predict the future developments regarding the continuous drop in oil prices.

The country has been witnessing in the past few weeks a plunge in fuel prices, which is affected by a world wide drop as media reports expected the prices to drop to more than LL25,000.

On Tuesday, Brent crude for January delivery slumped to $58.50 per barrel -- the lowest level since May 2009 – as markets were rocked by shrinking Chinese manufacturing output and turmoil in Russia.

The oil market has plummeted by almost 50 percent since June, dented also by OPEC's recent decision to hold its output ceiling in an oversupplied market.