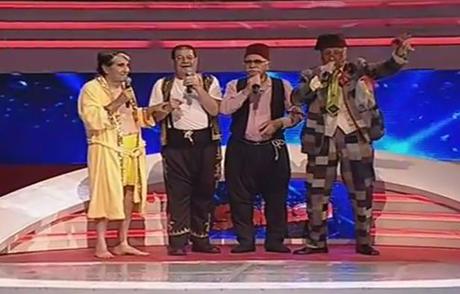 Following years of demands, the ministers of health and culture on Wednesday launched a long-awaited healthcare plan for artists.

Under the plan, artists who are members of their respective syndicates would be granted cards entitling them to receiving healthcare at the expense of the Ministry of Health.

“The Lebanese personality is part of the Arab personality and its features are remarkable in the fields of art, poetry and literature. If these characteristics fall, Lebanon itself would fall,” Health Minister Wael Abou Faour announced at a press conference to launch the plan.

“The decision was very simple and it did not cost the state a lot,” he added, noting that the ministry has signed contracts with hospitals and that it would cover the entire expenses.

“I address a 'kiss of apology' over the past and the culture minister and I promise you that the state will pay attention to the affairs of artists,” Abou Faour added.

He stressed that it is “unacceptable” to push artists to beg for healthcare “at the doors of politicians, ministers and influential figures.”

The minister emphasized that card holders must be treated in a respectful manner at all hospitals and health institutions.

“Our ambition is to give a health card to every Lebanese citizen in order to break the relation of clientelism between the citizen and the state,” Abou Faour added.

Several artists have died of illness in recent years without receiving any healthcare from the state. Some of them could not afford medical treatment and were even denied admission into hospitals, such as the late actress Amalia Abi Saleh who was not covered by Social Security.