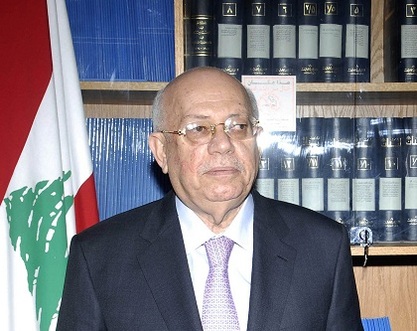 Social Affairs Minister Rashid Derbas has confirmed that the number of Syrians displaced from their country's civil war began dropping in Lebanon after the authorities said in October that they will not accept any more refugees from the neighboring country.

“The number of registered Syrian refugees has dropped from 1.2 million to 1.1 million,” Derbas told al-Liwaa newspaper in an interview published on Monday.

He also stressed that Lebanon will not naturalize Syrians.

“Naturalization means that the international community does not have a vision for a solution to the Syrian crisis,” Derbas said.

The refugees have stretched the country's already fragile infrastructure and compete with Lebanon's poorest for low-paid jobs, causing tensions. Tens of thousands of Syrian children are out of school because there is nowhere to place them.

Derbas said that Lebanon has lost 20 billion dollars in the past three years.

The country has also only received 5 percent of the promised assistance for 2013 and 44 percent of 2014, he added.

Kuwait hosted the first and second international conferences to support the Syrian people in 2013 and 2014. Total pledges were around $3.6 billion.

There are over 3 million Syrian refugees from the war, mostly in neighboring countries. Another 6 million have been displaced within Syria, making it one of the world's worst humanitarian crises.

Charge the $20 billion to the terrorist party's bank account and add the costs of the 2006 war and the cost of lost opportunities.