IS Arrests 'Extremists' Accused of Plot against Group 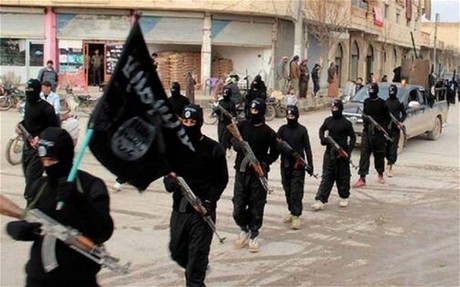 The Islamic State group has claimed the arrest of four jihadists it classified as "extremists" accused of plotting against the organization in areas of Iraq and Syria under its control.

In a video purportedly posted by IS on jihadist websites, a male voice claims to have "captured an extremist religious cell planning to take up arms against the Caliphate," referring to the regions it controls in both countries.

In what IS said were confessions, the four detained men said they had plotted against IS as the group doesn't view "all Iraqis and Syrians as infidels".

The men, speaking Azerbaijani Turkish, accused IS leader Abu Bakr al-Baghdadi of being "an infidel as he takes money from infidels".

The video does not specify when or where the men were arrested but it carries the initials of Syria's Raqa province, a stronghold of IS in the north of the war-ravaged country.

The fate of the four detainees is also not revealed, although the video ends with the recitation of a Koranic verse stating that those who fight against God and the Prophet Mohammed deserve to die or have their arms and legs amputated.

The Financial Times newspaper over the weekend reported that 100 foreign IS members had been executed by the group after trying to flee Raqa.