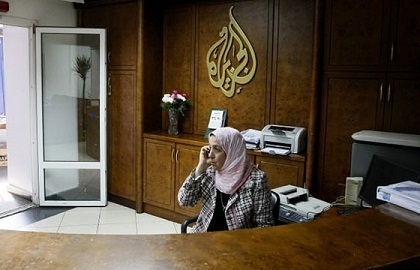 Qatar's Al-Jazeera network said Monday it was "temporarily" closing its Egypt-dedicated channel, accused of bias towards the banned Muslim Brotherhood, a day after the Gulf state pledged support for Cairo.

The decision appeared to be a direct result of a thaw between Doha and Cairo two days after Egyptian President Abdel Fattah al-Sisi received a Qatari envoy following Saudi mediation.

Al-Jazeera Mubasher Misr has "temporarily ceased broadcasting until such time as necessary permits are issued for its return to Cairo in coordination with the Egyptian authorities", the Doha-based network said on its website.

However, the live channel will not return in its Egypt-specific identity as it will be merged with another live station to form Al-Jazeera Mubasher Al-Amma (General), the network said.

The pan-Arab news broadcaster has been strongly criticized in Egypt over coverage seen as favorable to the Muslim Brotherhood, the movement of ousted Islamist president Mohamed Morsi.

Qatar repeatedly denounced Morsi's removal by the army in July 2013, and still shelters many Brotherhood leaders, including those who have fled a crackdown by authorities in Egypt.

Three Al-Jazeera journalists, including the award-winning Australian Peter Greste, were sentenced to seven years in jail by a Cairo court, accused of supporting the blacklisted Brotherhood, in a verdict condemned worldwide.

A statement on Sunday from the office of the Qatari emir, Sheikh Tamim bin Hamad Al-Thani, said "the security of Egypt is important for the security of Qatar".

According to the Saudi daily Asharq Al-Awsat, Sisi and Thani are expected in Riyadh soon for a summit hosted by Saudi King Abdullah.