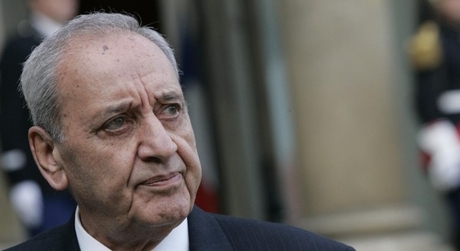 Speaker Nabih Berri snapped back at politicians doubting the success of the dialogue underway between Hizbullah and al-Mustaqbal movement, urging them to “relax.”

“The wheels are turning and they won't stop,” Berri said in remarks published in local newspapers on Monday.

“Both sides are aware of the importance of succeeding in what they are doing,” he said.

The second round of talks is expected to be held on January 5 to discuss several issues, mainly the presidential deadlock and reducing Sunni-Shiite tension in the country.

But al-Mustaqbal parliamentary bloc leader MP Fouad Saniora has expressed doubt on the success of the talks.

The dialogue “won't lead to positive results,” he said on Saturday.

There had been recent reports that Saniora opposed the dialogue and tried on many occasions to convince al-Mustaqbal movement chief ex-PM Saad Hariri not to go ahead with the talks.

Berri's remarks to the newspapers on Monday were seen as a response to Saniora's doubts on the success of the meetings.

“Relax. Don't bother yourselves,” the speaker was quoted as saying.

Both Hizbullah and al-Mustaqbal have “national responsibilities,” he said.

the current situation is not good for hizbushaitan and their allies thus they need to calm the situation in Lebanon.
- the regime in Syria is loosing ground fast.
- the Iraqi militias that were helping the regime returned home to battle ISIS.
- hizbushaitan had to bring back some of his men to defend the bekaa from ISIS.
- the current price of oil as maintained by KSA has depleted the flow of money from iran to all its allies.
it is a total defeat that is facing iran and the Syrian regime these days and they need to try and salvage something if they can.

Can you ever smile? You are filthy multimillionaire you could help some of the poor.

Ebola has named the Caporal to ensure void.