1,400 from France have Joined Jihadis or 'Want to Go to Syria or Iraq' 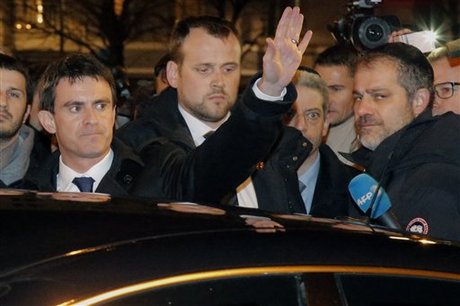 Some 1,400 people living in France have either joined the jihadist cause in Syria and Iraq or are planning to do so, Prime Minister Manuel Valls said Monday.

"There are 1,400 individuals who are involved in the departures for jihad, for terrorism, in Syria and in Iraq," Valls told BFMTV.

"There are close to 70 French citizens or residents in France who have died in Syria and Iraq in the ranks of the terrorists," he added.

The latest government figures were a big jump from data in mid-December, when 1,200 people were said to have left or are seeking to leave to battle alongside jihadists.

The two gunmen who slaughtered 12 people at satirical newspaper Charlie Hebdo, Cherif Kouachi and his brother Said, were likely among those who had left the country to "to be trained to kill and to sow terror".

The third gunman, Amedy Coulibaly, who stormed a kosher supermarket on Friday, never left for such training, said Valls.

"He was not on the intelligence services' radar," added the prime minister.

French authorities said in December that they have dismantled about a dozen networks that were sending people to fight in Iraq and Syria.

France, along with Belgium, has seen the largest numbers of volunteers leaving to join the Islamic State jihadist group, which has seized large parts of Syria and Iraq.

turkey (nato country) is the passage way for all terrorists to the region and nobody takes action
strange !!!!

Let them all go and die there.