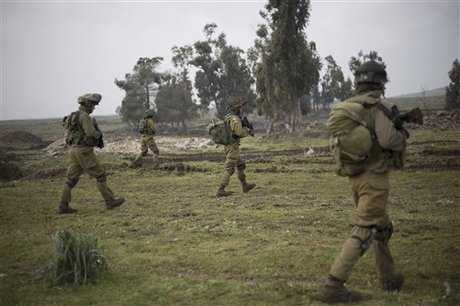 Israel has sent a strong warning to Lebanon that it would respond to any attack by Hizbullah on Israel whether on its territories or abroad, Western diplomatic sources said.

The sources told pan-Arab daily al-Hayat published on Monday that the warning was delivered to the Lebanese authorities by several ambassadors based in Lebanon.

The Israeli threat came over fears that Hizbullah would retaliate to an air strike on its members on the Syrian side of the Golan Height.

The January 18 attack on the Hizbullah convoy in the area of Quneitra left six Hizbullah members and an Iranian general dead.

Al-Hayat's sources said several Lebanese officials were informed by the Western ambassadors that Tel Aviv would hold Hizbullah directly responsible for any attack inside or outside Israel.

Israeli Defense Minister Moshe Yaalon visited the Israeli army's northern command over the weekend, saying the Jewish State will not tolerate attempts to harm it.

He said Israel would respond “with force against any such attempt.”

Nut-an-Yahoo, is running for re-election, he's desperate and itching for a war.

Let the Israelis try, yes I welcome them to make another failed assault operation against Hezbollah, as they made 2006.

They got their behinds kicked so hard, that they had to push for a ceasefire. By the way, the aggression on Quineitra will never be forgotten, it will be avenged inshallah.