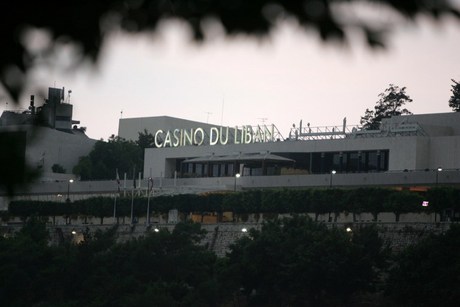 Casino du Liban was plunged into a major crisis on Tuesday after the board of directors sacked 191 contract employees in a step it described as a “salvation” move, which prompted the laid off workers to shut down the vital tourist attraction.

“Due to your lack of discipline and your irregular attendance at work, hence your lack of productivity at the Casino du Liban company, it has been decided to consider you dismissed from work at your full responsibility as of the evening of Friday, January 30, 2015,” the company said in a dismissal letter sent to the employees.

According to those laid off, the decision was taken by the central bank in coordination with the Intra Investment Company which owns 52% of the casino's shares.

“Some employees' lack of productivity and attendance has led to a deterioration in operations and revenues, which puts at stake the company's future and existence,” the Casino du Liban company said in a statement.

“Radical salvation measures have been taken, under which the contracts of … unproductive employees were terminated,” the company added.

It also stressed that it “will not back down from these necessary measures, regardless of any considerations and mediations inside and outside the company.”

“The integrity of the institution and its continuity are an ethical and legal responsibility that cannot be compromised or neglected under any circumstances,” the company added.

In this regard, LBCI television revealed that “a large of number of laid-off employees had enjoyed major political cover.”

“Some of them were being paid salaries as high as $11,000 without any attendance … while others were residing outside Lebanon,” the TV network said.

Several employees, however, stressed to LBCI that they “did not skip work for a single moment.”

“I have been working here for the past 40 years and I was not absent for one second,” one of them said.

The decision prompted the laid-off employees to stage a sit-in outside the casino and block the main road leading to it.

What happened was “a massacre against 200 families, because reform must begin from the top,” Jacques Khoueiry, head of the union of gaming employees, told LBCI, in a jab against the board of directors.

Politicians swiftly jumped into the controversy, with Change and Reform bloc MP Simon Abi Ramia holding a press conference in the evening outside the casino, whose doors were blocked by the sacked employees.

“We were demanding a reform plan because the casino's situation was deteriorating and we were with the reform plans, but we were surprised by an arbitrary decision that was planned in dark rooms and led to firing 191 employees, without whom Casino du Liban would not have existed,” Abi Ramia said.

He called on Central Bank governor Salameh to “reverse the arbitrary measures and deem all dismissal letters null and void.”

“Reform should start through sacking the casino's board of directors, because reform must begin from the top,” the MP added.

“At the personal level, I will file a lawsuit because I own two shares in the casino. I will open the file of corruption and fund squandering in the casino as of October 11, which is the day the current board of directors assumed its duties,” the lawmaker went on to say.

The press conference was also attended by Change and Reform bloc MP Ziad Aswad and Hadi Chehwan, the head of the union of Casino du Liban employees, who emphasized that “any reform process not based on the rules of justice would be an incomplete and arbitrary move that would create a major problem for the company instead of serving its interest.”

The news conference was also attended by a brother of ex-MP Farid Haykal al-Khazen.

“This is a social massacre,” the man said of the decision.

Meanwhile, sources close to Speaker Nabih Berri denied media reports about a role for him in the dismissal of employees, noting that he “has not interfered in the issue of Casino du Liban and he has left it to the Intra company and the central bank to take the appropriate measures.”

And as the Casino du Liban company underlined that its decision does not reflect any politicization or hidden agendas, OTV reported that the company was preparing to fire a new group of employees.

According to the TV network, the casino's employees had numbered 2,206 until Tuesday morning.

i think you may have insulted geha by placing him near the bottom of the list.

relax, were talking about geha here. you should read more of his posts to understand.

The whole casino should close down. casinos are traditionaly a tool to siphon money out of the lower income earners.

HA recruits lower income earners and sends them to their death, close HA.

Hey guys
Should I consider myself privileged? my name was not mentioned above

it does not matter, they have nothing better to say than insult us :)