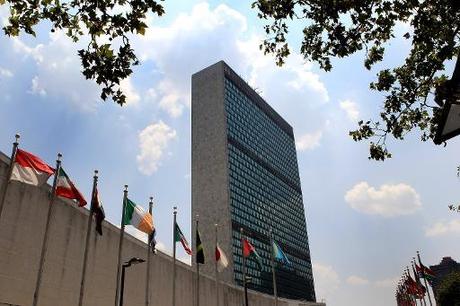 China has asked the United Nations to withhold the names of countries that criticize non-governmental organizations, diplomats said Thursday, in a move that raised transparency concerns.

U.S. Ambassador Samantha Power tweeted that the request from China at the U.N.'s NGO committee was "very concerning."

"In an era of global crackdown on civil society, the U.N.'s NGO Committee must set an example for openness and transparency," Power said.

China argued that U.N. press officials should not name countries when reporting on the work of the committee, which considers the accreditation of NGOs to the United Nations, where they can provide recommendations, according to a U.N. diplomat.

There was no immediate response to an Agence France Presse request for a comment from the Chinese mission at the U.N.

A diplomat said China wants the U.N. to release information solely on the committee decision as a whole.

"China has long been pushing to restrict NGO and press access to the committee proceedings, however they have never made a motion like they did this morning," said the diplomat, who asked not to be identified.

A vote on the motion is expected Friday.

The move to restrict openness at the U.N. committee comes as China prepares to take the monthly presidency of the Security Council.

The agenda-setting position will allow Beijing to put forth its concerns at the 15-member council.