Ex-CIA Officer: Afghanistan Could Become Haven for IS 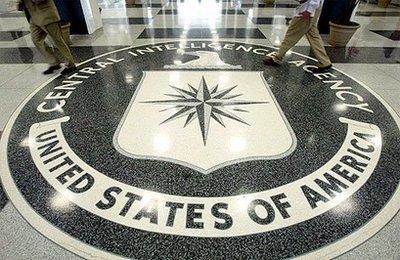 Afghanistan is in danger of turning into a sanctuary once again for Islamist extremists as the West withdraws troops and shifts its attention elsewhere, a former senior CIA official warned Tuesday.

The country could even become a refuge for Islamic State jihadists now waging war in Syria and Iraq, said Robert Grenier, the former Central Intelligence Agency station chief in Islamabad and author of a new book.

His memoir, "88 Days to Kandahar," recounts his harrowing experience helping to topple the Taliban regime in Afghanistan in 2001 after the September 11 attacks

"I would say if anything the future threat of an Afghan safe haven is maybe even greater than it was back before 9/11," Grenier said at an event organized by the New America think tank.

The Afghan Taliban would not be ready to rebuff its allies in the Pakistani Taliban or other extremists -- such as the Islamic State -- if they asked for sanctuary, he said.

"There are groups within Pakistan that are dedicated to attacking the regime in Islamabad. They're not going to go away," he said.

According to Grenier, the Taliban tend to see things in black-and-white terms, looking at decisions through the question: "Is it dictated by Islam or is it not?"

"And they won't turn their back on people who are ideologically allied with them across the border.

"Nor do I believe will they turn their backs on international terrorists, if once again they come back to the region in any significant numbers, as I fear they will if their fortunes take a bad turn," he said.

He also described a last-ditch bid to negotiate a deal with the Taliban's number two leader in the days after 9/11, in which Grenier tried to persuade his counterpart in a hotel in Pakistan to break with Omar and stage a coup. The attempt failed.

The former CIA officer said he was skeptical that attempts to broker peace talks with the Taliban would succeed, as the insurgents still believe they can topple the government and take back power in Kabul. He also said the group was not suited to political rule or taking part in parliamentary politics.

Grenier, who rose to other senior posts in the CIA before leaving in 2006, said his book tells the story of how America quickly won what he calls "the first American-Afghan war" in 2001,  and "how we lost, or at least certainly didn't win, the second American-Afghan war."

And the book ends with a warning about "how the errors of the past may yet be revisited when once again we may be called upon to fight a third American-Afghan war."

With a small U.S.-led force due to withdraw in two years, Grenier said he fears that the United States and other Western governments will fail to funnel financial aid to Kabul after their soldiers leave and abandon the Afghan government.

His book offers a very grim view of the legacy of more than a decade of war against the Taliban insurgents.

"For all the billions spent and lives lost, there is little to show, and most of that will not long survive our departure," he writes.