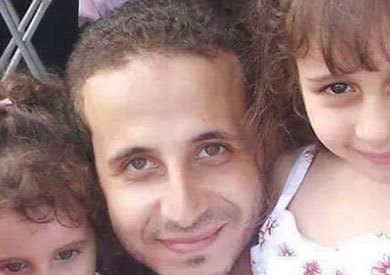 Egypt's prosecution service Thursday ordered the arrest of two policemen accused of torturing and beating to death a lawyer jailed after a pro-Islamist protest, state media and lawyers said.

The victim, Karim Hamdi, "was arrested on Monday, referred to the prosecution on Tuesday and on Wednesday his lawyers found out he was dead," Malik Adli, a lawyer who represents protesters, told Agence France-Presse.

Adli said he did not know why Hamdi, a 28-year-old father of two, was arrested. His death has sparked outrage among his colleagues.

But the head of the bar association in northern Cairo, Mohammad Othman, said Hamdi was arrested for taking part in a protest of support of the banned Muslim Brotherhood.

A forensics spokesman, Hisham Abdel Hamid, told AFP that the victim died after suffering "blows to several parts of his body with a blunt object."

MENA said the pair "are accused of beating and torturing a civilian, leading to his death in the Matariya police station" in northeastern Cairo.

The prosecution has also summoned seven other policemen from the same station for questioning, it said.

The working class Matariya district has been rocked by almost weekly anti-government protests, some of which turned deadly.

The Brotherhood was branded a "terrorist" organization after the army ousted Islamist president Mohamed Morsi in July 2013.

Since then, the authorities have also launched a deadly crackdown on his supporters in which hundreds have been killed and thousands arrested and jailed.

In May last year, a government employee arrested by police was found dead at the Matariya station. His family said he had been tortured but police denied the allegation.