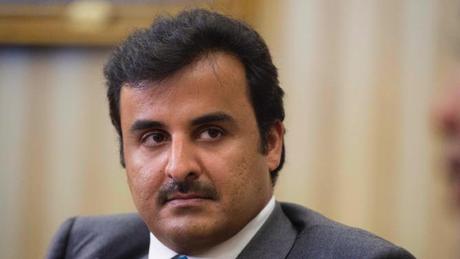 The Emir of Qatar said Thursday he was committed to "stability" in Egypt, despite a recent row between the two nations over Cairo's airstrikes against IS militants in Libya.

Islamic State jihadists released a video this month showing the beheading of 21 Coptic Christians in Libya, most of them Egyptian, prompting Cairo to launch air strikes on IS targets in the eastern city of Derna.

Qatar reportedly expressed reservations over the strikes, raising the ire of Egypt, which hit back by accusing Doha of supporting "terrorism."

Qatar responded by recalling its ambassador to Cairo for consultations.

But Sheikh Tamim bin Hamad al-Thani said he was committed to seeing a stable Egypt, despite the recent tensions.

"My policy is to make sure that if there is anything that I can help to stabilize the situation in Egypt I will do so," the Emir said during a trip to Washington.

"Now there is a government there, we have differences with them but we all agree that this government has to be stable," he added, speaking at Georgetown University.

The Gulf Cooperation Council -- made up of Bahrain, Kuwait, Oman, Saudi Arabia, Qatar and the United Arab Emirates -- initially sided with Qatar in its criticism of Egypt.

But in an about-face, the GCC later backtracked, saying it fully backed Egypt's airstrikes in Libya.

"We had differences between Qatar and some GCC countries concerning our approach to Egypt, but what we did is when a government was elected we stood by the government," Thani said.

Most Gulf Arab nations, including Qatar, have joined the U.S.-led coalition waging air strikes on the Islamic State group in Iraq and Syria, where the extremists have taken over swathes of territory.

Egypt is also an ally of Washington, and a rift with Qatar and other Gulf monarchies would complicate efforts to forge a united front against IS jihadists and its affiliates across the region.

This is Thani's first visit to the U.S. capital, where he met with President Barack Obama.

@speakfreely
I hope they will get it. They are quietly financing these barbarians