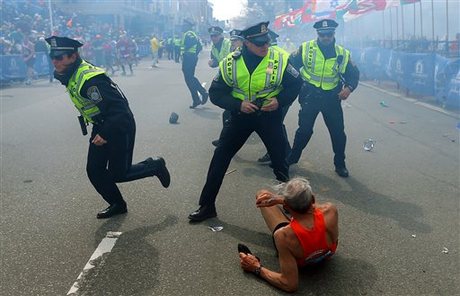 A U.S. court Friday denied a request by alleged Boston Marathon bomber Dzhokhar Tsarnaev for his trial to be moved out of the city, just days ahead of opening statements.

A three-judge panel came down in a two-to-one split decision against the move.

According to the ruling by the U.S. Court of Appeals for the First Circuit panel, Tsarnaev had "not met the well-established standards for such relief."

His lawyers, who have made multiple attempts to move the proceedings, claimed that pretrial publicity had so prejudiced potential jurors that a fair and impartial jury could not be formed in Boston, where the April 15, 2013, marathon attacks killed three people and wounded 264.

But, according to the two concurring judges, "any high-profile case will receive significant media attention."

"Knowledge, however, does not equate to disqualifying prejudice," Chief Judge Sandra Lynch and Circuit Judge Jeffrey Howard said, citing other high-profile trials that went forward in the communities where the events in question took place.

These included trials for the 1993 World Trade Center bombing and that of Zacarias Moussaoui, known as the "20th hijacker" in the attacks of September 11, 2001.

Tsarnaev, 21, faces the death penalty if convicted over the Boston attacks -- the worst such incident in the United States since 9/11.

In his dissenting opinion, Circuit Judge Juan Torruella said that "given the impact of the bombing and subsequent press coverage on the entire city, it is absurd to suggest that Tsarnaev will receive a fair and impartial trial in the Eastern Division of the District of Massachusetts."

A court official has said a sufficient number of qualified jurors have been identified and anticipated that formal seating of the jury and opening statements will begin Wednesday.

The marathon attacks plunged Boston into mourning and revived fears of terrorism in the United States more than a decade after 9/11.

Tsarnaev has pleaded not guilty to 30 charges.