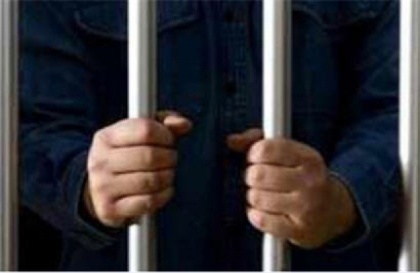 The military court sentenced on Tuesday ten Lebanese and Palestinians to several years of hard labor for planning to target the Lebanese army and United Nations Interim Force in Lebanon.

They were also accused of belonging to a terrorism group, attacking civil and military institutions, and possessing arms and explosives that they used to terrorize people and attack UNIFIL.

Lebanese Mohammed Assi Shouman and Muheiddine Tarha were sentenced to one year in jail, while Ibrahim Moussa al-Bunni was sentenced to three years.

Deport the Palestinian back to Israel or Palestine wherehe came from, why Lebanese tax money has to feed terrorists and provide them a shelter?

Hint: You can find many more in Dahie...especially in the sewer!

the filthy zionist militia organized attack on un and than filthy information war department is trying to suggest that it's our glorious resistance.

Muhamad, stop posting under a name that you hate. You are marouni and should post under your own name. And unfortunatly ´this is lebanon where our tax money enter in the pockets of corrupt politicians who decide what to do with it, ie to who they will buy weapons wth it.