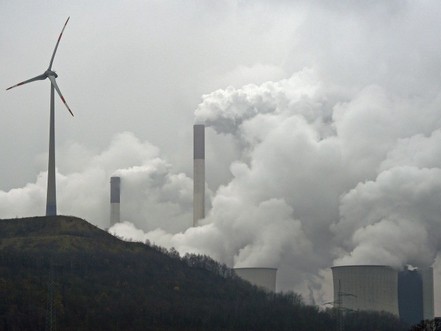 The global fund created to spearhead climate change financing has selected its first partners to channel funds to developing countries, but says it needs donor nations to move fast in transforming cash pledges into commitments.

At a three-day meeting that ended late Thursday, the board of the South Korea-based Green Climate Fund (GCF) approved seven intermediaries to funnel cash to projects in poor countries.

"The is a very important milestone for the fund, and opens the door to what will eventually be a comprehensive network of institutions around the globe," GCF executive director Hela Cheikhrouhou told Agence France Presse on Friday.

The seven entities approved this week ranged from national conservation groups based in Senegal and Peru, as well as multilateral agencies like the Asian Development Bank.

A further 36 potential partners are awaiting approval to access the resources of the GCF which expects to make its first funding decision by October.

The fund was born out of the U.N. climate summit in Copenhagen in 2009, when developed countries made a political commitment to mobilize $100 billion annually for developing countries by 2020.

So far 27 countries have pledged close to $10.2 billion to the fund, of which $149 million has been converted from pledge to signed commitment. Of that only $88 million has been recieved by the fund in cash.

Cheikhrouhou told AFP it was crucial that an April 30 deadline for transforming around half the pledged amounts into binding commitments be met on schedule.

Confidence in the GCF is seen as critical for the success of the effort to reach a global pact on climate change at the Paris climate conference in December in Paris.

"Financing is a key part of the global agreement, which requires trust-building and faith that promised funding will materialise," Cheikhrouhou said.

"So we must continue to demonstrate that the fund will be there to support the efforts of developing countries," she said, adding that the next four weeks would be "very, very important."

If the deadline passes without the signed commitments being made, the GCF would consider action to up the pressure on those countries that pledged significant contributions.

What does come into the fund will be disbursed equally between projects aimed at mitigating climate change by reducing emissions and those aimed at adapting to the actual impact of climate change.