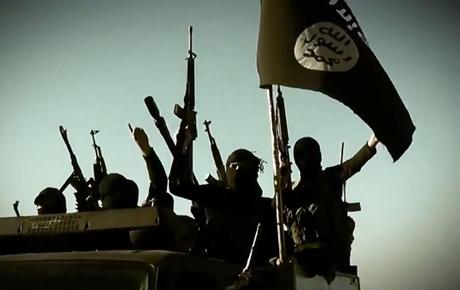 A group of Calgary imams is marking the first line of defense at the foot of the Rocky Mountains against the Islamic State group's recruitment of Canadians as fighters.

Several imams issued a religious edict against IS jihadists last month, denouncing its threats against Canada and its online recruitment after dozens of Canadians -- mostly from Calgary -- traveled to Syria to join their cause.

In the fatwa, the imams urge Muslim youths to shun the sway of the IS group, which they accuse of having violated Islamic tenets "in the most horrific and inhumane way."

"Some Muslims, having the fatwa against them, they will have second thoughts" before seeking to join an extremist group, said Khalil Khan, president of Calgary's Al Madinah Islamic center.

"(They) will wonder if this is right or wrong."

Khan is one of 37 imams and religious scholars from across Canada, plus one from Texas, who endorsed the fatwa.

The edict was motivated by a wave of recruitment, as at least a dozen people have left the oil-rich province of Alberta to fight with the Islamic State group abroad.

The call comes in the wake of the January 2014 death of Damian Clairmont, a 22-year-old Calgary man who was enticed to join the extremist group and who became the first Canadian casualty in the IS push to carve out an Islamic "caliphate" in the Middle East.

Zaheera Tariq, a director of the Al Madinah mosque, told Agence France Presse that recruits are being lured by misrepresentations of Islam.

"It's a lack of education, a lack of knowledge," she said, adding that young people are "being influenced by those people who are misrepresenting Islam, who are misquoting the Prophet."

She added: "They need to find proper imams."

Gathered at the mosque, Tariq, Khan and others say more resources are needed to address a growing religious education gap facing Muslims whose numbers are soaring in Calgary.

The city's Muslim population has increased fourfold in the past two decades to 120,000. In 2010, Naheed Nenshi became the first Muslim to be elected as mayor of a major Canadian city.

"The Muslim population is growing rapidly in Calgary. That's why we needed a bigger mosque," Tariq commented, pointing to construction underway to enlarge the mosque and add space to accommodate some 800 students.

The son of French-speaking Canadians, Clairmont converted to Islam at the age of 17 following a failed suicide attempt. Three years later, he began showing signs of radicalization.

"He met someone and moved downtown," his mother Christianne Boudreau told AFP.

He joined an extremist cell whose leader was being monitored by Canada's spy agency, the Canadian Security Intelligence Service.

"They were a dozen young people in the group, sons of immigrants or religious converts. They all went to Syria," said Boudreau, leafing through a letter from CSIS telling the grieving mother they did all they could to try and stop her son from leaving Canada.

The population of Alberta province is just under four million, or about 10 percent of the Canadian total. Yet a large proportion of Canadian jihadists originate there.

Boudreau thinks one reason is the "easy money" to be made in Alberta's oil fields, in order to pay for travel or facilitate terrorist activities.

Many young people work in the oil patch of the isolated northern Boreal forest, where they can earn quick and easy cash.

"You can work in relative anonymity, you live in a work camp, and you can accumulate suitcases of money over a short period," according Rod Knecht, chief of police in Alberta's capital Edmonton, where several recruits have also come from.

Michael Zehaf-Bibeau, a Muslim convert who stormed Canada's parliament last October, had worked in the oil patch, hoping to raise enough money to travel to Libya to join jihadists.

His attack, he said, was in retaliation for the West's military deployment in Afghanistan and Iraq, including Canada's.

There has been no reaction from the Islamic State group to the Canadian imams' fatwa against them, but another militant group linked to al-Qaida has called for attacks on Canada's biggest mall in Edmonton.

"ISIS, they're so strong, they're killing people all around the world. It wouldn't be surprising if they would attack and hit here," said imam Azfar Ayub Qadri.