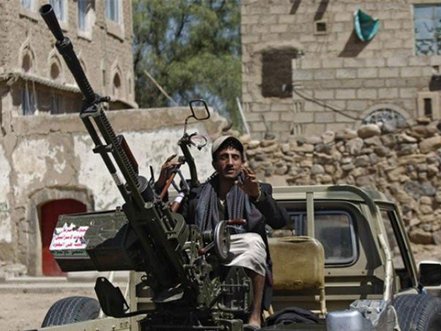 Rebels in Yemen have released the defense minister, a brother of the exiled president and another general held since late March, a source close to mediators said Wednesday.

President Abedrabbo Mansour Hadi's brother is the intelligence deputy chief in charge of the southern provinces of Aden, Abyan and Lahj.

Mediation efforts for the trio's release were led by General Awad bin Farid, head of the military police in Ataq, capital of the southern province of Shabwa.

He is known for his close ties to the Shiite Huthi rebels who had been holding them, the source said.

The trio left the Huthi-held capital Sanaa on Wednesday and were on their way towards Ataq, the source said.

The move came after a Saudi-led coalition carrying out air strikes against the rebels since March 26 announced on Tuesday an end to the first phase of its operations.

Observers said the trio's release appeared to be a goodwill gesture by the rebels, whose leaders have been sanctioned under a UN Security Council resolution passed this month.

Subaihi escaped house arrest at the hands of the Huthis in late March but was soon seized by the rebels in Lahj.

President Hadi fled to Riyadh last month and was joined by several members of his government.

maybe diplomacy still has a chance

When the iranian shia huthis arrested the defense minister and the president's brother all they wanted to do is to have "private" dialogue in accordance with the constitution and to resolve conflicts in a peaceful manner.