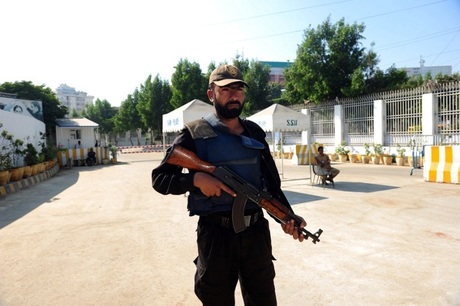 Three British plane-spotting hobbyists who were arrested two months ago in the United Arab Emirates on national security grounds have been released, Britain's Foreign Office said on Thursday.

Relatives of the men had said they were detained after being observed plane spotting at Fujairah airport, a pastime in which people photograph aircraft and log their registration numbers.

"We can confirm the release of three British nationals detained in Fujairah, United Arab Emirates on 21st of February," a spokesman for Britain's Foreign and Commonwealth Office said.

"We are providing consular assistance."

Conrad Clitheroe, 53, and his friend Gary Cooper, 45, both from Manchester in northwest England, were on a four-day trip to the UAE when they were arrested with their former work colleague Neil Munro, a UAE resident.

Radha Stirling, the founder of the charity Detained in Dubai, said that charges of espionage against the three had been dropped.

"They have had a long time to wait to be told your case is ridiculous," Stirling said.

Clitheroe's wife Valerie had written to British Prime Minister David Cameron to ask him to intervene in the case, raising concerns about her husband's health due to his heart murmur and high blood pressure.