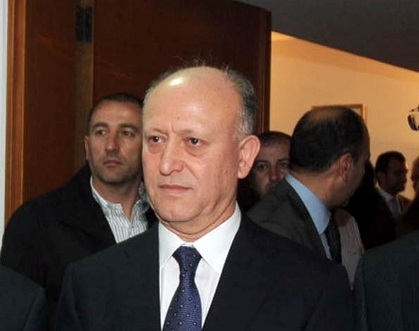 Justice Minister Ashraf Rifi held talks in Turkey earlier this week with head of the National Coalition for Syrian Revolutionary and Opposition Forces Khaled Khoja on the case of the Lebanese servicemen held hostage since August by jihadists, reported the daily An Nahar on Friday.

The minister told the daily that he is seeking the support of the Syrian opposition to release the Lebanese captives.

For his part, Khoja informed Rifi during their Istanbul meeting: “We will not spare any effort to release them and to prevent skirmishes on the Syrian-Lebanese border.”

In addition, Rifi told the Syrian official that talks should focus on “establishing a new phase of ties after the fall of Syrian President Bashar Assad.”

“This phase should begin with releasing the Lebanese hostages as soon as possible and without any conditions,” he remarked to An Nahar.

“Ties between Lebanon and Syria should be based on the mutual respect of each country’s sovereignty and Khoja was honest in supporting this position,” he stressed.

In August, jihadists from the Islamic State and al-Qaida-affiliated al-Nusra Front from Syria overran the northeastern border town of Arsal and engaged in brief clashes with the army.

They withdrew from the area at the end of the fighting, kidnapping with them a number of servicemen.

A few of them have since been released, four were executed, while the rest remain held.

The captors have been demanding the release of Islamist prisoners held in Lebanon as a condition to set them free.

Media reports said recently that al-Nusra Front handed over to the Qatari appointed mediator a list of its demands in return for the release of the hostages.

The families of the captives have repeatedly staged sit-ins in protest against the state's failure to resolve the case, accusing it of stalling in the matter.

Rifi and Nusra are working closely together, in order to put pressure on the Lebanese Army. Rifi enjoys his position, he is the enemy within.

Is it correct that the National Coalition for Syrian Revolutionary and Opposition Forces and the Syrian Observatory for Human Rights is the same person? Is Khaled Khoja an alias of Rammi Abdurrahman or vice versa?

sue him and stop the barking if you have all the evidence to your claims! LOL

Wow, Shoukran Rustom is not simple, seems like all the Thanked Sayid Hassan end up inta7arooh or dead some how .... please thank ClAoun hizboolH.