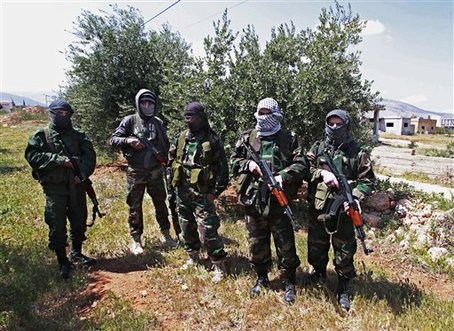 A battle for Syria's border region of al-Qalamun is imminent as Hizbullah and the Syrian army are making the final preparations for the fight, reported al-Joumhouria newspaper on Friday.

A high-ranking March 8 camp official told the daily: “The battle of al-Qalamun is very, very imminent and it will be very big.”

“Hizbullah's preparations with the Syrian army are focused on a battle that will fortify al-Qalamun's villages and those on the Lebanese side of the border,” he added.

An Nahar daily meanwhile noted the “lack of any official, security, or military stance” on the upcoming battle.

Media reports on Wednesday said that six Hizbullah members were killed in an ambush by the Qaida-linked al-Nusra Front in al-Qalamun region.

They said that al-Nusra carried out a “major operation” against a Hizbullah “supply convoy” in the Syrian region.

In early January, five Hizbullah members and six Nusra militants were reportedly killed when the group attacked posts controlled by the Lebanese party and the Syrian army in the Qalamun town of Flita.

Hizbullah has sent fighters across the border to aid Syrian regime troops in Qalamun and in several regions across Syria.

Its involvement helped the Syrian army recapture most of Qalamun from rebel hands.

The Lebanese army for its part has been battling Syria-based militants from al-Nusra and the Islamic State group who are entrenched on the porous border between Lebanon and Syria.

liberty is a good definition of libtard americans and ISIS working together. Just like his leader John Mccain meeting up with prominent Nusra members at the Turkish border.

The battles of all battles are about to begin, you american coyotes can support ISIS and Nusra all you want, it will not gain you victory. You are not fighting for a rightous cause.

The Resistance is fighting for Lebanons survival.

Hey texas, I missed you more. I thought you wanted to travel to Da7iyeh, what kept you? We could've had some fun.

Mystic - Are you for real. You keep overdoing yourself with more and more retarded statements 'liberty is a good definition of libtard americans and ISIS working together'. What do you want for our people? Dictators and Mullahs!