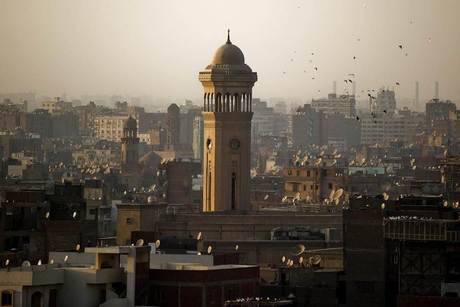 A number of Syrian opposition factions will gather in Cairo next month to form a new coalition as an alternative to an exiled West-backed alliance, officials said Saturday.

More than 200 figures from the armed and civilian opposition factions are to attend the June 8-9 gathering and discuss a roadmap aimed at ending the four-year war in Syria.

The new grouping would offer an alternative to the National Coalition, the exiled opposition bloc that is widely recognized and supported by Western and Arab countries such as Qatar and Saudi Arabia.

"Arab, Kurdish and all faiths will attend the meeting to elect a political committee to adopt a roadmap and a policy charter," Haytham Manna, a veteran opposition figure and a key organizer of the event, told Agence France Presse.

The new coalition would be called the Syrian National Opposition and would be "totally different" from the National Coalition, he said.

"It will be a Syrian-Syrian meeting, 100 percent financed by us, not controlled by anyone, and managed by someone with a pure Syrian agenda," Manna said of the June conference.

Egypt confirmed the meeting, saying it would be a gathering of "broad Syrian opposition and national forces".

The objective of the conference was to "express a broader vision of the Syrian opposition spectrum... to work towards ending the Syrian crisis," said the foreign ministry.

Manna said Egypt would only host the conference and "not interfere" in it.

He said the new grouping would be ready to negotiate with representatives of President Bashar Assad's government.

The talks would be "on the basis of the Geneva declaration, which is based on the transfer of all military and civilian authorities... to a transitional government," he said.

Members of the new group would also meet with the U.N. mediator for Syria, Stefan de Mistura, after the Cairo conference.

The conference was planned during a meeting in January that was attended by the opposition tolerated in Damascus, as well as members of the exiled National Coalition.

At that meeting, participants had said the goal of the new alliance would be "to agree on a unified political vision and to unify the opposition's efforts".

Manna said that Saudi Arabia, a key backer of Syria's opposition, also wants to host a separate meeting in June or July of different Syrian political and military opposition groups, except jihadists, to prepare for a post Assad era.

The Syrian conflict has killed more than 210,000 people, uprooted half the population and left the country in ruins since it erupted as a peaceful protest movement in March 2011.