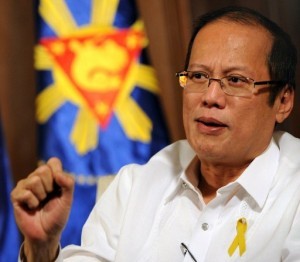 Philippine military and commercial aircraft will keep flying over disputed areas in the South China Sea despite Chinese warnings over the airspace, President Benigno Aquino said on Monday.

"We will still fly the routes that we fly based on the international law from the various conventions we entered into," Aquino told reporters when asked whether the Philippines accepted China's position.

The Chinese military last week ordered a U.S. Navy P-8 Poseidon surveillance plane away from airspace above the disputed Spratly islands in the South China Sea.

The Chinese foreign ministry later insisted it had sovereign rights to those waters, maritime features and the airspace above.

China claims nearly all of the South China Sea, even waters approaching the coasts of the Philippines and other Asian neighbors.

In recent years it has caused alarm with increasingly aggressive actions to assert its claims.

It is undertaking giant land reclamation works in the Spratlys, located between the Vietnam and the Philippines, to turn reefs into islands that can host airstrips and other military facilities.

The Spratlys, about a thousand kilometers (620 miles) from the nearest major Chinese landmass, are one of the biggest and most strategically important archipelagos in the sea.

Aquino said the Philippines would not give up its territory to China, even as he acknowledged major differences in the capabilities of their militaries.

"We will still exercise our rights over our exclusive economic zone," he said.

"Bottom line is, it has to be clear, we will defend our rights to the best of our abilities."

Aquino said the Philippines was also working closely on the issue with the United States, his nation's longtime ally and mutual defense treaty partner, but declined to elaborate.

"Even in basketball, you don't reveal all your moves to the other coach," he said.

Vietnam, Malaysia, Brunei and Taiwan also have competing claims to parts of the South China Sea.

All claimants but Brunei have military facilities on Spratly islands that they control.

Philippine Air Force spokesman Colonel Enrico Canaya said its planes flew over the sea, including the route taken by the U.S. Navy plane.

He declined to give more details.