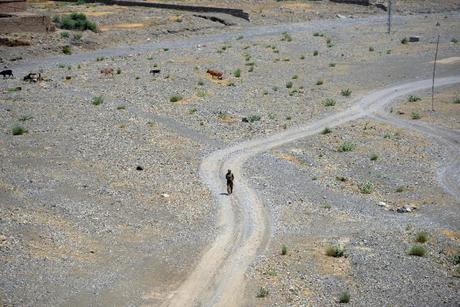 The strike took place in the Shawal area of North Waziristan, where the Pakistani military has been battling militants linked to the Taliban and al-Qaida since June.

"A U.S. drone fired two missiles at a militant compound in Shawal area killing at least four militants," a senior security official based in Pakistan's northwestern Peshawar, told Agence France Presse, asking that he not be named.

Another security official, who is stationed in the area where the drone hit, put the figure of militants killed at five and said that an ammunition-packed car was also destroyed in the strike.

"At least five militants were killed in the drone strike. Three of them are said to be Uzbek and two Pakistani Taliban militants. Two other Pakistani militants are injured," he said.

North Waziristan is one of seven semi-autonomous tribal districts that border Afghanistan. It has been a hub for al-Qaida and Taliban militants since the early 2000s.

The area is generally off-limits to journalists, making it difficult to independently verify the number and identity of the dead.

Washington pressed Islamabad for years to wipe out sanctuaries in North Waziristan, which militants have used to launch attacks on NATO forces in Afghanistan.

The army has intensified its offensive since the Taliban's massacre of 153 people, mostly children, in a school in the northwestern city of Peshawar in December.