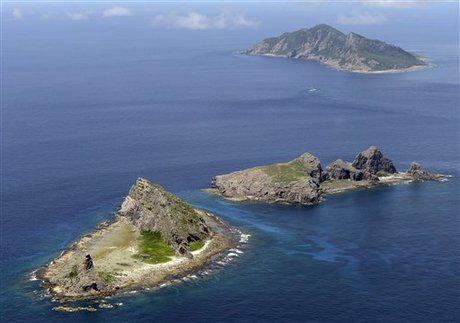 Japan and the Philippines flew patrol planes near disputed South China Sea waters for a second straight day on Wednesday, despite Chinese criticism of this week's air and sea exercises.

The flight was in the general direction of the resource-rich Reed Bank claimed by both the Philippines and China, but officials refused to say if the planes flew directly over the area.

The Philippines is also holding separate exercises with long-time ally the United States off Palawan this week, as it seeks to bolster alliances in the face of its territorial disputes with China.

China's claim over almost the entire South China Sea overlaps with those of the Philippines, Vietnam, Brunei, Malaysia and Taiwan.

It has intensified construction of artificial islands on reefs to reinforce its claim, sparking protests from the U.S. and Japan as well as regional powers.

China has a separate dispute with Japan over an island chain in the East China Sea.

Following a similar flight on Tuesday by Philippine and Japanese aircraft, Chinese foreign ministry spokesman Lu Kang cautioned countries involved in the naval drills against playing them up.

Beijing hoped "relevant countries will not hype up the tensions in the region", Lu said.

The Philippine Navy said the drill was a search and rescue exercise. And a spokeswoman for Philippine President Benigno Aquino said this week's activities "should not be taken as an affront" to any other nation.

A spokeswoman for the Japanese defense department said its Orion was not used to spy over the South China Sea.

"The purpose of this exercise is to enhance the Japanese Maritime Self-Defense Force's capabilities in humanitarian support and disaster relief, not to conduct surveillance activities," she said.

Philippine Defense Secretary Voltaire Gazmin said there has been an "increasing convergence" of the two nations' security concerns as he stressed the need for a visiting forces agreement with Japan that would pave the way for larger exercises.

"The maritime challenges both our countries face place both of us almost in the same boat, with a common neighbor causing alarm and causing concern for both of us," Gazmin said in a speech in Manila.

Gazmin cited China's declaration of an air defense identification zone in the East China Sea and its major reclamation work on South China Sea reefs claimed by the Philippines.

An encounter near Reed Bank between a Chinese vessel and a survey ship contracted by  Philippine firm Philex Petroleum in 2012 has stalled exploration in the area.