Azerbaijan Jails 10 for Fighting with IS Radicals 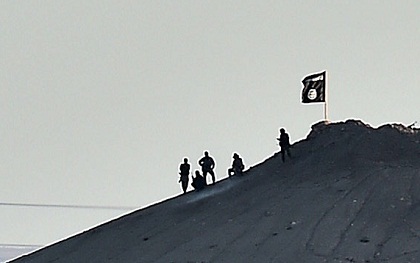 A court in Azerbaijan on Wednesday sentenced 10 people to jail terms of between four to 15 years for joining Islamic State fighters, a spokesman said.

"They were among 26 people arrested in 2014 by the national security ministry," a spokesman for the Baku court for serious crimes told AFP.

The minimum sentence was for a minor, he added.

In September 2014, Azerbaijan's security ministry said it had arrested 26 people for setting up "illegal armed groups and supplying them with weapons" in Pakistan, Syria and Iraq, with some of them fighting alongside IS jihadists.

Some of the 26 men first joined Taliban-affiliated groups in Pakistan and then moved to Syria, while others arrived in Syria via Turkey, the ministry said.

Azerbaijani media have reported numerous cases of citizens from the ex-Soviet republic fighting in the Syrian conflict, including within the Jaish al-Muhajireen wal Ansar group consisting mostly of Islamists from the former Soviet Union.

The energy-rich Caucasus nation of Azerbaijan is a mainly Muslim but officially secular country of 9.5 million.

Authorities have long been concerned about the spread of radical Islam, especially among young unemployed people many of whom feel left out of the country's oil-fueled economic boom.