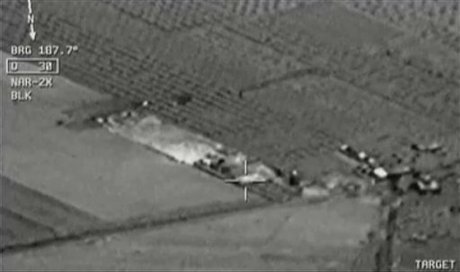 Turkey's military Saturday carried out a new wave of air and artillery strikes against both Islamic State (IS) jihadists in Syria and Kurdish militants in northern Iraq, putting in jeopardy a fragile ceasefire with Turkish Kurds.

The two-pronged operation against IS and the outlawed Kurdistan Workers Party (PKK) -- two groups who are themselves bitterly opposed -- came after a week of deadly violence in Turkey the authorities blamed on both organisations.

The strikes on the PKK threw into doubt a fragile ceasefire between Kurdish separatists and Turkey in place since 2013, with the rebels saying the conditions for observing the truce had been "eliminated".

Meanwhile Turkish ground forces pounded targets belonging to both groups with artillery from the Turkish side of the border, he added.

"No one should doubt our determination," he added. "We will not allow Turkey to be turned into a lawless country."

Davutoglu's office said shelters and warehouses containing PKK weapons were hit in the operation in northern Iraq, where the PKK's military leadership is based.

The raids were the fiercest launched by Turkey since August 2011 when PKK targets in northern Iraq were pounded in six days of air strikes.

Davutoglu said he spoke to Massud Barzani, the president of the Kurdish-ruled autonomous region in northern Iraq, who expressed his "solidarity".

However Barzani's office, by contrast, said the Kurdish leader had "expressed his displeasure with the dangerous level the situation has reached," a statement from Arbil said.

The PKK has for decades waged a deadly insurgency in the southeast of Turkey for self-rule that has claimed tens of thousands of lives. A peace process that began in 2013 has so far failed to yield a final deal.

The PKK's military wing, the People's Defense Forces (HPG), denounced an "aggression of war" by Turkey and vowed "resistance".

"The conditions for maintaining the ceasefire... have been eliminated," it said in a statement.

It described the bombings in northern Iraq as the "most serious military and political error" by President Recep Tayyip Erdogan and his ruling Justice and Development Party (AKP).

The HPG statement meanwhile said that one PKK fighter in northern Iraq -- named as Onder Aslan -- had been killed in the air strikes and three others wounded.

The raids on IS and the PKK followed the killing of 32 people in a suicide bombing Monday in the Turkish town of Suruc on the Syrian border carried out by a 20-year old Turkish man linked to IS.

That attack sparked an upsurge in violence in Turkey's Kurdish-dominated southeast, where many accuse Turkish authorities of collaborating with IS.

The PKK then outraged the government by claiming the shooting of two Turkish police who were killed in their beds.

Turkish security forces Saturday launched new raids to arrest suspected members of IS, the PKK and other militant groups in Istanbul and across the country, adding to hundreds of detentions already made the day earlier.

A total of 590 people have so far been arrested across Turkey over links to terror groups and for posing a threat to the state, Davutoglu said.

With Turkey still without a permanent government after a June 7 election resulted in the AKP losing its overall majority for the first time since 2002, parliament has been summoned to meet on Wednesday to discuss the security situation.

Its organisers, the pro-Kurdish People's Democratic Party (HDP) said the event had now been cancelled.

The HDP accused Erdogan of pushing towards single-party government "by setting the country on fire".

Turkey has faced claims in the past it colluded with IS extremists in the hope they might further Ankara's aim of toppling Syrian President Bashar al-Assad.

Ankara has always vehemently denied the claims but the NATO member has dodged playing a full role in the U.S.-led coalition assisting Kurds fighting IS militants.

Now, however, Ankara has finally given the green light to U.S. forces for the use of its Incirlik base for air strikes against IS in Syria and Iraq, according to American and Turkish officials.

Foreign Minister Mevlut Cavusoglu said a "framework" accord had been agreed with the United States on the issue, which also foresees the creation of "safe zones" free of IS jihadists in Syria.

He said such zones would give a chance to Syrian refugees -- 1.8 million of whom are in Turkey -- to "return to their homeland".

They only hit ISIS so they can fly to Iraq to bomb Kurds.

Just watch, they'll do more to hurt the Kurds than the Salafists.

Disgusting people. When big brother Iran left home and didn't look back, wahabies, butchers, and every despicable bottom feeder sorry excuse of civilization, if you can call them that, in the region rose up to occupy the corridors. So, now big brother Iran is back home and courting the West. They want it back. Your days are over. Back to Lebanese interests, lets see if Iran via the hizeb can solve the Palestinian problem in Lebanon. If so, every Lebanese should kiss Hizeb's derrier.