The Unstable Future of a World Full of Men 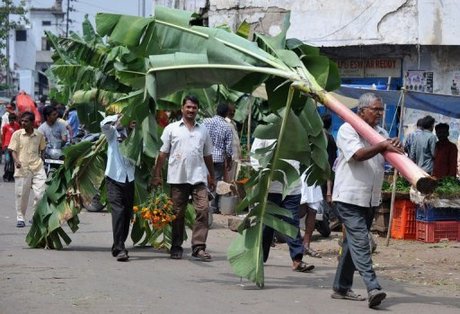 As the global population hits seven billion, experts are warning that skewed gender ratios could fuel the emergence of volatile "bachelor nations" driven by an aggressive competition for brides.

The precise consequences of what French population expert Christophe Guilmoto calls the "alarming demographic masculinization" of countries such as India and China as the result of sex-selective abortion remain unclear.

But many demographers believe the resulting shortage of adult women over the next 50 years will have as deep and pervasive an impact as climate change.

The statistics behind the warnings are grimly compelling.

Nature provides an unbending biological standard for the sex ratio at birth of 104-106 males to every 100 females. Any significant divergence from that narrow range can only be explained by abnormal factors.

And the trend is spreading: to regions like the South Caucasus, where Azerbaijan, Georgia and Armenia all post birth ratios of more than 115 to 100, and further west to Serbia and Bosnia.

Global awareness of the problem was raised back in 1990 with an article by the Nobel prize-winning Indian economist Amartya Sen that carried the now famous title: "More Than 100 Million Women Are Missing."

Demographers say that figure is now more than 160 million -- women selected out of existence by the convergence of traditional preferences for sons, declining fertility and, most crucially, the prevalence of cheap prenatal sex-determination technology.

As many as half a million female fetuses are estimated to be aborted each year in India, according to a study by British medical journal The Lancet.

"Earlier villagers had to go to the city to get a sonogram (ultrasound)," said Poonam Muttreja, executive director of the non-profit Population Foundation of India. "Today sonographers are going into the villages to cater to people who want sons."

Even if the sex ratio at birth returned to normal in India and China within 10 years, Guilmoto says men in both countries would still face a "marriage squeeze" for decades to come.

"Not only would these men have to marry significantly older, but this growing marriage imbalance would also lead to a rapid rise in male bachelorhood... an important change in countries where almost everyone used to get married," he said.

How that change might manifest itself is hotly debated, although nearly everyone agrees there is no foreseeable upside.

Some forecast an increase in polyandry and sex tourism, while others predict cataclysmic scenarios with the rise of male-surplus societies where sexual predation, violence and conflict are the norm.

A particularly alarmist note was sounded several years ago by political scientists Valerie Hudson and Andrea den Boer, who wrote that Asian countries with too many men posed a security threat to the West.

"High-sex-ratio societies are governable only by authoritarian regimes capable of suppressing violence at home and exporting it abroad through colonization or war," they said.

Mara Hvistendahl, a correspondent for Science magazine and author of the recently published "Unnatural Selection", says fears of full-scale wars are unfounded, and points out that India remains a thriving democracy, despite its shockingly high gender imbalance.

However she does agree with the underlying premise.

"Historically, societies in which men substantially outnumber women are not nice places to live," Hvistendahl stressed.

"Often they are unstable. Sometimes they are violent," she said, adding that leaders in both China and India have spoken of the threat gender imbalance poses to social stability.

UN agencies have issued similar warnings about the correlation between a scarcity of women and increases in sex trafficking and marriage migration, albeit with certain caveats.

"The data is really limited," said Nobuko Horibe, Asia-Pacific director of the U.N. Population Fund. "It is very likely that this marriage squeeze would lead to these phenomena... but it's very anecdotal at this stage."

But while more and more red flags are being raised over the long-term implication of skewed sex ratios, few solutions are being offered.

Sex-selective abortion is illegal in both China and India, but officials say the law is incredibly difficult to enforce.

There is "no silver bullet", admits Guilmoto, who believes the first priority is to make sure the problem is properly publicized -- and not just in the developing world.

"In some countries in eastern Europe, people are absolutely not aware of what is going on," he warned.