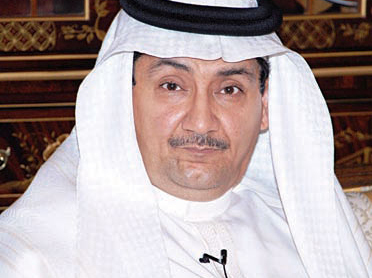 Human Rights Watch on Monday urged the Saudi Arabian authorities to free a writer and commentator arrested after he called on television for political reforms in the absolute Gulf monarchy.

Zuhair Kutbi, 62, was detained on July 15 after an interview in June in which he called for reforms including "transforming the country into a constitutional monarchy and combating religious and political repression," the New York-based HRW said.

"Authorities apparently questioned him about his television appearance, which had attracted considerable attention on social media," said the watchdog, adding that his writings had previously earned him six similar arrests.

"If there is no evidence of criminal behavior, the Saudi authorities should immediately release Kutbi and compensate him for the ordeal they have put him through," said Joe Stork, deputy Middle East director at HRW.

Another Saudi writer, blogger Raef Badawi, is serving a 10-year sentence for "insulting Islam" and was ordered to be flogged 1,000 times, a sentence that sparked worldwide outrage.

His lawyer and rights activist Waleed Abulkhair was also sentenced to 10 years in jail with five years suspended after being convicted of charges including "inciting public opinion".

"Saudi authorities apparently have little better to do than to harass and jail people for nothing other than peacefully expressing their opinions," said Stork.

"It's time for King Salman to put an end to this escalating repression and release all peaceful activists and writers."

those savages are the most despicable regime on the face of the earth, worse then north korea. i look forward to the day that ayatollah khamenei drops the N bomb on them.