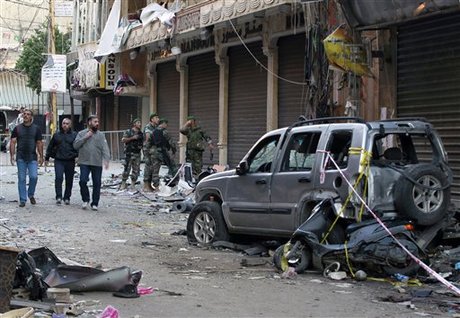 State Commissioner to the Military Court Judge Saqr Saqr did not rule out the possibility that a detainee arrested in the northern city of Tripoli earlier this week could be connected to Thursday's Bourj al-Barajneh blast, reported the daily An Nahar on Saturday.

The detainee confessed that he was planning on blowing himself at a cafe in the Tripoli's Jabal Mohsen neighborhood simultaneously with the suicide bombers of the Bourj al-Barajneh attack.

He also revealed to the investigators that one of the suicide attackers is called Abou Khaled, a Palestinian who had arrived in Lebanon with him from Syria.

Furthermore, investigations found connections between the recent attack in the northeastern border town of Arsal and the Bourj al-Barajneh attack in Beirut's southern suburbs.

On November 5, more than four people were killed in a bombing that targeted a meeting of the al-Qalamoun Muslim Scholars committee in Arsal.

The Islamic State group claimed responsibility for Thursday's Bourj al-Barajneh attack that was carried out by two suicide bombers.

Conflicting reports had emerged over the existence of a third attacker.

At least 43 people were killed and 230 others were wounded in the bombing.