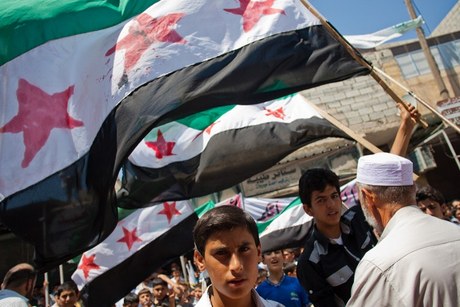 Iran said Monday that Saudi Arabia's plan to host a meeting of armed and political opponents of Syrian President Bashar Assad would breach declarations made during recent international peace talks.

Tehran and Riyadh are on opposite sides of the conflict in Syria but both have taken part in two major meetings in Vienna aimed at finding a political solution.

The planned meeting in Riyadh in December could boost unity in the Syrian opposition to enter talks on ending the conflict, in which 250,000 people have been killed, the U.N. envoy for Syria, Staffan de Mistura, has said.

"It was agreed in Vienna that the U.N. representative in Syrian affairs try to determine a list of opposition groups by broad consultation," he was quoted as saying on state television's website.

"Tehran does not approve of measures outside this declaration."

He added: "Saudi Arabia has not had a positive and constructive role with regard to the people of Syria in the last five years."

The last Syria peace talks in Vienna, on November 14, brought together 17 countries including Russia, the United States, Saudi Arabia and Iran.

A common statement set a fixed calendar for a ceasefire followed by a transitional government in six months and elections one year later.

However, Syrian opposition figures said the plan was unrealistic.

Samir Nashar, a member of the opposition National Coalition, derided the Vienna plan, insisting it "will not lead to a political solution."

"How do they expect that after everything that has happened in Syria, people will just kiss each other in the streets?" he said.

With millions displaced and the country's infrastructure devastated, Nashar said Syria would need much longer to hold free and fair polls.

He warned that the omission from the Vienna statement of a key goal of the uprising -- the departure of Assad -- would strengthen claims by jihadist groups that the international community is "conspiring against the Syrian people".

At the Vienna talks, Iran insisted that a demand from several countries that Assad be excluded from future elections be withdrawn.

"Tehran does not approve of measures outside this declaration."

wish tehran would have said that when hezbis violated the Baabda declaration! LOL