Syria Army Resumes Use of Key Air Base after Ending Siege 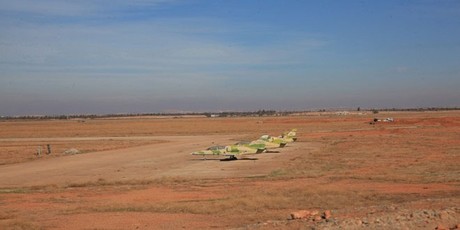 Syrian troops resumed military activity Tuesday at a key northern air base that had been besieged for more than two years by anti-government forces, state television reported.

"Warplanes and helicopters have resumed activity at the Kweyris military airport, after the valiant army secured its surroundings," state television said.

Television footage showed helicopters taking off and flying over the base, as well as a live interview with Colonel Suheil Hassan, who led the forces that broke the siege.

Hassan, nicknamed "The Tiger", said the "huge accomplishment... was only realized because of the blood of our martyrs and our wounded."

The report said the base would now become "the launching point to strike Daesh bases in eastern parts of Aleppo province," using the Arabic acronym for IS.

Syrian troops and allied Lebanese Hizbullah fighters are fighting rebels and IS in eastern and southern parts of Aleppo province.

And since September 30, Russia's air force has been conducting strikes against a mosaic of anti-regime groups across Syrian territory.